The bar Café des Deux Moulins in Montmartre, known from the Amelie movie. 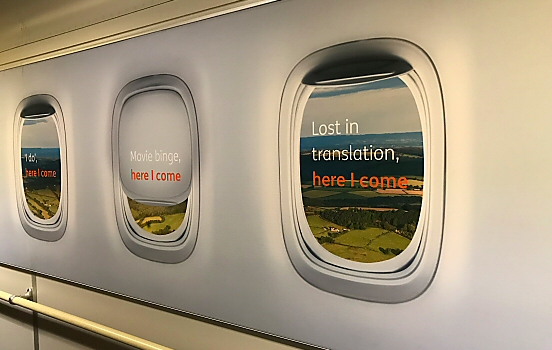 Even the airplane commercials are luring you in.

There are also films that you choose to watch just for the location, such as Love Actually where Christmas shopping in London actually seems like a soft breeze, and XXX where Prague is more sinister than usual. The romantic side of Paris is dominating every scene in Midnight In Paris and Moulin Rouge (even though the famous theater lack any giant elephant on the inside – I’ve checked). The atmosphere from the streets of New York comes back to you in lots of contemporary films including Kissing Jessica Stein, Vanilla Sky, Eyes Wide Shut and countless other movies including classics such as Taxi Driver.

Some landmarks are prominently featured in several films. The Ferris wheel in Vienna can be seen in The Third Man (1949), Before Sunrise (1995) and Living Daylights (1987) where characters have long dialogues while riding the wheel.

The three Jason Bourne movies features a lot of locations from Paris, Berlin, Prague, New York, Madrid, London and more. I’ve visited several of them, even though they are quite non-distinctive due to clever editing. 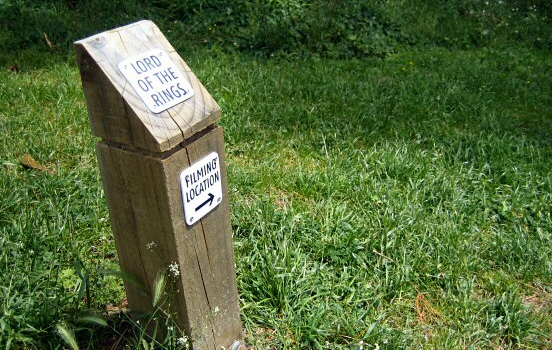 Lord of the Rings location in Wellington.

The Bond movies are also generally very good at portraying exotic locations. They are often a bit silly and over the top, but there has been a lot of great locations during the years which fit beautifully in the films. Some of the scenes I’ve followed in the footsteps are the Rio de Janeiro cable car fight in Moonraker, Vienna scenes in Living Daylights (and the Bratislava scenes were also actually shot in Vienna), the many views of San Francisco and Golden Gate bridge in A View To A Kill, the Karnak columns from The Spy Who Loved Me, the silly Las Vegas car chase from Diamonds Are Forever (notice the cowboy), and the “Montenegro” village in Casino Royale (which was actually filmed in Czech Republic).

And then there are always tiny sequences that are excellent but not quite capable of lifting an entire film, such as the lightning-fast trip through Europe in The Rules of Attraction. Even the fake scene from Eurotrip actually made me go to Bratislava, just to check it out and exclaim “Dear sweet mother of God… we’re in Eastern Europe”.