I often get travel inspiration from exotic scene locations featured in movies. Scarlett Johansson taking the Shinkansen to Kyoto, Matt Damon driving a vespa through a vibrant Tangier, Jake Gyllenhaal sipping booze on a balcony overlooking Djemaa el Fna in Marrakesh and so on.

But unfortunately most of it is fake.

For example, the main character of brilliant series Dexter lives at 103rd Street in central Miami, a nice seaside resort-style apartment. It is frequently featured throughout the four seasons, but in reality only the first few episodes were shot on location. The rest of the shots were taken in a constructed studio set in Los Angeles! In fact, most of the outside shots were done in California. 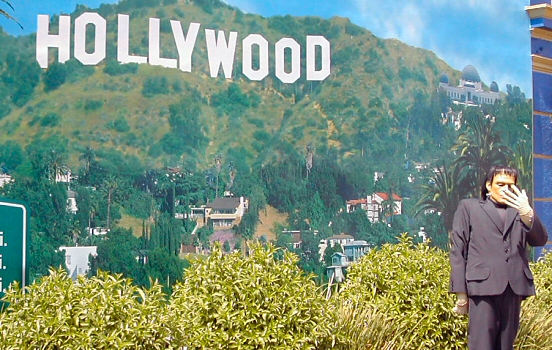 The magic behind this is called green screen (some years back it was referred to as blue screen). Most of you have probably seen this technique demonstrated in “behind the scenes” of modern movies, where the live actors are surrounded by a green canvas which is replaced by various footage during production.

This may not come as a shock since we immediately understand that they don’t build real spaceships for movies, but the use of green screen can be very subtle even in normal TV shows such as Dexter.

If you are curious at how much is real and how much is green screen, have a look at this video. Some of the material is a real eye-opener.