The time had come to visit the overpriced frenzy of Way Out West. It turned out to be just as I thought it would be. It’s quite comfy to visit a festival at the heart of your home town. At any time you can walk home to your own bed instead of crawling across the mud into a ravaged tent. This fact unfortunately also turns the festival into a very calm and somewhat boring place.

Through the eyes of Wordle

Remember those tag clouds that were so popular a few years back? There is a new toy in town which analyzes a feed and present a word map of your recent activity. This is how Mink Machine looks through the eyes of Wordle.

These days, Wikipedia seems to be one of the cornerstones of online information. Google is happily expanding their empire every day and this morning saw the birth of Google Knol, a service quite reminiscent of Wikipedia where the term Knol refers to a unit of knowledge. I usually try to be positive about new ideas, but this one got me wondering.

The bliss of software installation

It’s rant monday! I’ve been trying to install yet another version of Microsofts SQL Server. Yes, it’s a lot of fun, I’m totally thrilled and all that. However, while progressing through the joyful bliss of installation, it suddenly complains about being unable to install with the short message “Setup failed. Refer to the setup log.”

Flash and similar techniques have always been a problem when it comes to search engine optimization, since the robots don’t know how to index the binary files. Google recently announced that their search algorithm has been expanded to use Adobe’s searchable library, enabling a crude form of Flash indexing. 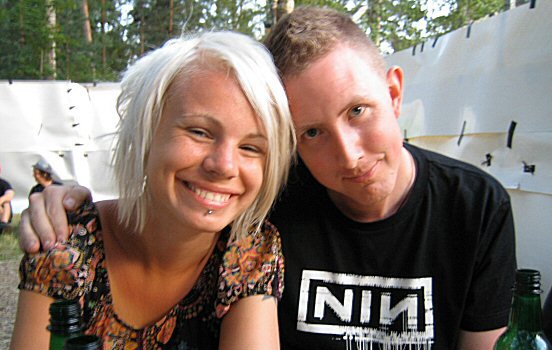 It’s been a couple of years since last time, but it felt good to be back in the forest. The first days were scorchingly hot but the last one surprised us all with a lightning storm that came from nowhere and almost swept the festival away. Incredible amounts of water started to pour down on us. I was fortunately under a roof listening to a band when it started, but I found a video of the mayhem that ensued at the camping area.

A session with Fredrik Hallberg

This afternoon I went to Elite Plaza and attended a session with Fredrik Hallberg, internet analyst at Bright Media. The theme was how communication and markering has changed after the arrival of the internet, and he covered a lot of topics during a few hours. The Isle of Skye is one of the most remote areas of Scotland, with the Hebrides archipelago around the corner. Despite narrow roads on hillsides with sharp turns and sheeps on the road, it’s very nice to explore the island by car. The countryside is charming and some places even have coffee.