Grand Central Station is one of my favorite places in NYC with people everywhere, and I would love to have been there on that day. Here is the original meme:

The normal commuters are very puzzled, notice the man who actually push one of the frozen to search for life-signs, and also the driver who can’t move his car.

People got inspired by this event and to this date there has been 62 frozen cities! Some are quite boring in cowardly locations, but I like Trafalgar Square in London, Santa Monica in Los Angeles, Martin Place in Sydney, Place Trocadero in Paris and Stazione Termini in Rome. A special prize goes to the people who did it in rain (!) at Powell St in San Fransisco. I’ve seen those places and cannot really imagine what it would feel like if everybody suddenly froze around me. 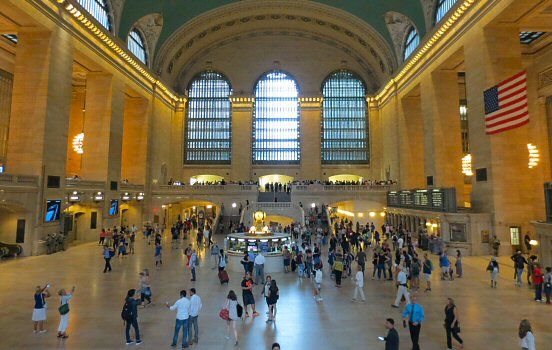 So what is the meaning of all this? Improve Elsewhere says that it is “to bring excitement to otherwise unexciting places, and to show that pranks can be good and clean fun, and don’t have to be humiliating”. I can think of a few deeper meanings as well in this age of speed and rush. Well executed, guys.