Essaouira feels very different than most other Moroccan towns. The usual smells are mixed up with a fresh ocean breeze and the layout is less chaotic with streets in a straight line. The ruckus of Marrakesh is but a memory.

The oldest part of the city is surrounded by large ramparts. We enter the medina through the massive gate Bab Doukkala and stroll down the street. Beautiful piles of spices and small stray cats are some of the things that catch my eye. After the usual confused exchanges and sign language I manage to order a bowl of Tajine, the slow-cooked stew which can be found everywhere in the country. 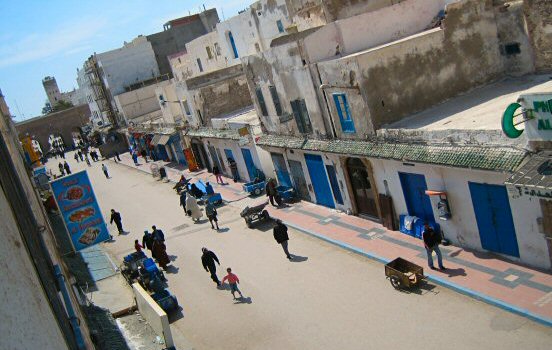 Shadows in the medina.

The coolest view of the old city wall turns out to be from Place Moulay Hassan, where you can see how the Atlantic constantly battles the sharp cliffs. To the south the old citadel is towering above the cliffs, a remnant of the first fortress built by the Portuguese in the 15th century. 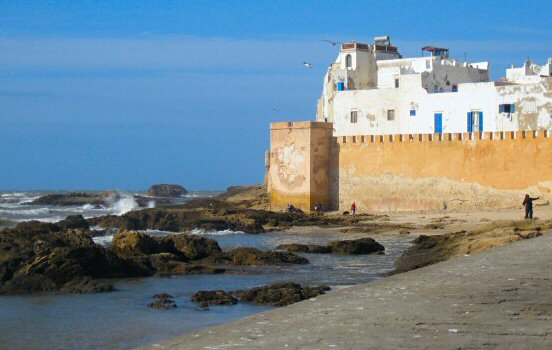 These days they are more of an architectural heritage, since the only attack comes from the hungry sea gulls.