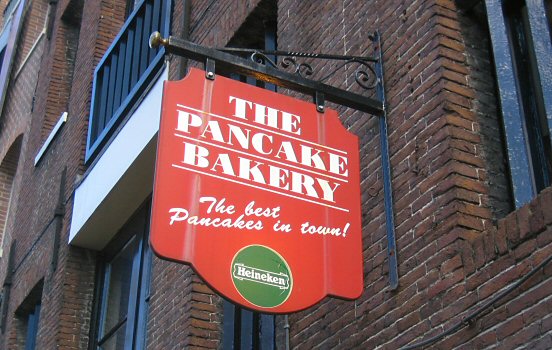 At the Pancake Bakery in Amsterdam.

This is a place that takes pancakes very seriously, so naturally I fell in love right away. I chose the traditional pancake with bacon and cheese, which was good as gold.

The additional beer was also spot on and I can’t really imagine another city where you can order pancakes with bacon and beer without anyone raising an eyebrow.