I’m in the busy town of Marrakesh, Morocco. Around here they drink ridiculous amounts of green tea with tons of sugar, but the country is also renowned for their strong, black coffee. A decade has passed since my last coffee in a north African country, so I figured it was about time. 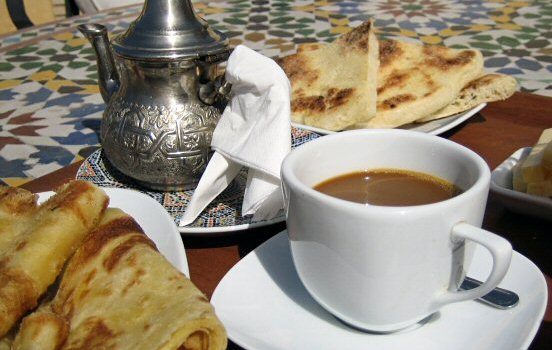 I tried my ordinary order of mezzo. The closest resemblance around here is called “noss noss”. It translates into “half and half” which is another name for the brew.

I’m not sure if Dale Cooper would call it “a damn fine cup of coffee”, but at least it has caffeine. 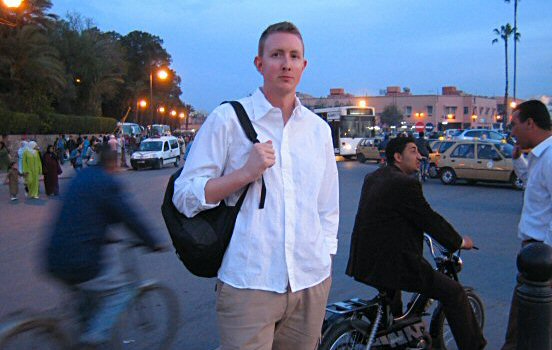 After the caffeine rush I’m ready for new adventures in Djemaa el Fna, the large square where everything happens. Originally a place where they placed chopped-off heads to scare the crowds, today it’s the main square of Marrakesh occupied by snake charmers, food stalls and all sorts of strange people from dusk till dawn. 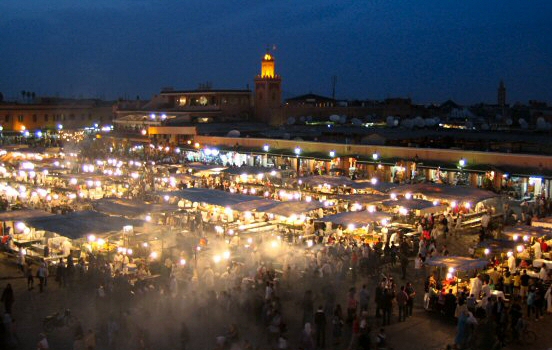 I had a Tajine at one of the balconies overlooking the square, looking down at the spectacle. Dining on some sort of mystery meat under the stars while listening to the cacophony of sounds emanating from the square below. The tall minaret of the Koutoubia Mosque can be seen over the rooftops, chanting the voices of prayer across the open field. A magical evening.