So here we are again at Way Out West. For each year I’m starting to feel more like the old men Statler and Waldorf in The Muppet Show. I’m getting older and the bands booked are getting a bit less interesting. I mean, who in their right mind would want to see more than five minutes of Kendrick Lamar?

But the great thing about this festival is that there is so much variety in the bookings. My favorite show was probably Fever Ray, the solo project of Karin Dreijer from familiar duo The Knife. The first time I saw the band was at Arvikafestivalen back in 2009, which featured a lot of green lasers inside the Apollo tent. This time the show built upon the Bollywood theme from last project with The Knife, which I saw in Munich some years ago, and aimed for a more provocative expression. 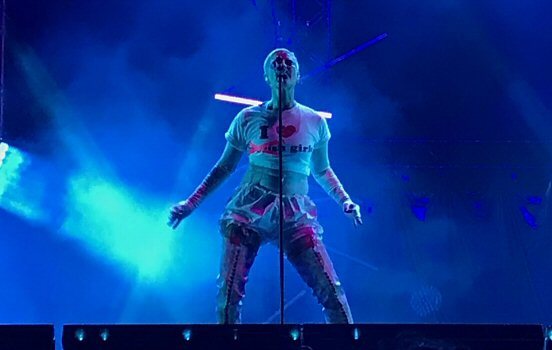 Fever Ray at Way Out West.

Another show I greatly anticipated was Tangerine Dream, which I believe was their first gig ever in Sweden. With the death of Edgar Froese in 2015 there is not much left of the band originally founded in 1967, even though Torsten Quaeschning has been the de-facto leader since 2005. But finally hearing Stratosfear live gave me goosebumps, no question about that. 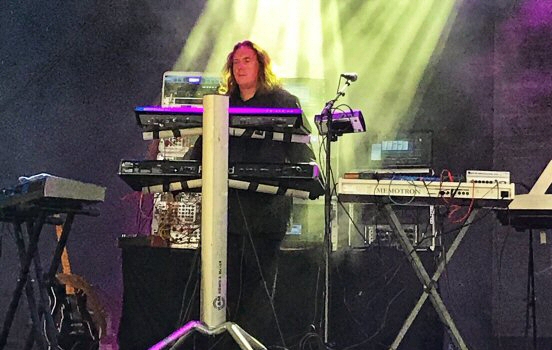 Torsten Quaeschning from Tangerine Dream at Way Out West.