Here we go again. The outdoor festival Way Out West in Gothenburg is becoming a summer tradition. Unfortunately, another tradition is the rain which was back to epic proportions.

This year saw a substantial amount of girl power, as the scenes were conquered by Grace Jones, Nicole Sabouné, Chelsea Wolfe, PJ Harvey, Peaches and more. They were all excellent. 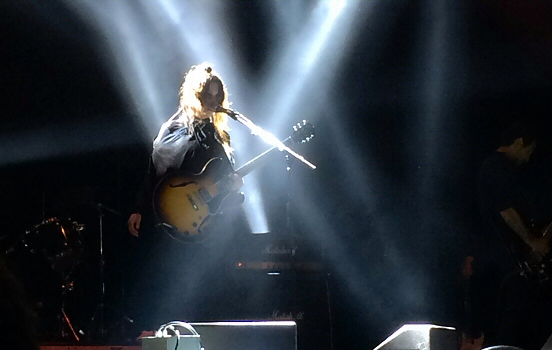 Chelsea Wolfe at Way Out West.

But the biggest band of the weekend for me was actually not a band at all, but rather a spoken-word performance by Henry Rollins. I’ve seen him several times before, but the rain and small open-air stage made it feel very personal. At first we were just a handful of people who stood on the lawn in the rain, while the bass sound from Massive Attack on the main stage could be heard booming from the other side of the festival area.

After an initial bash on Donald Trump, he settled into happier topics. Such as how he met his idol David Bowie and had lunch with him. How he went on an airplane with Lemmy from Motörhead, who I saw onstage at Way Out West 2014 but unfortunately passed away last year. 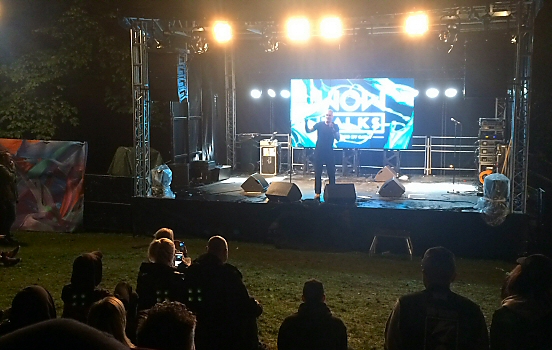 Henry Rollins in the rain.

The talk continued on a more sombre note, as he described how his small part in TV series Sons of Anarchy caused him to be harassed by strangers, who believed that he was neo-nazi in real life. Unfortunately a drunk man appeared from the audience, went to the front line and started shouting at Henry, before being escorted away by security guards. Henry mentioned that he recognized the guy, who had actually punched him in the stomach in Liverpool some years ago.

A few minutes later some other guy started shouting bad words at poor Henry as well. If you have ever seen Henry perform with his old band Black Flag, you know that he can hold his own in a fight, but he actually seemed to be a bit off after these interruptions and asked rhetorically, “what is it with people tonight, is it the alcohol?”. 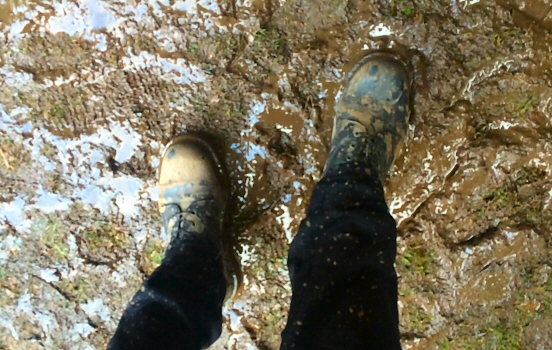 Bring comfy shoes to the mud.

Hopefully Henry will be back soon, despite the harassment. I remember him saying “Home is death to me”, since he wants to be on tour all the time.