The desert wastes of eastern California is a special place. There are few places so distant from the American Dream, yet so alluring at the same time.

As we left El Centro in the morning, the day would turn out to be something out of the ordinary. After a while we arrived at Bombay Beach, a ghost town situated at the Salton Sea. Once a booming town in the 1950s, this was the site of a tragic ecological disaster in the 1970s. The draining and increasing salinity of the Salton Sea destroyed the lake’s ecosystem and the population fled to greener pastures. Today there are only about 300 permanent residents in this post-apocalyptic town. 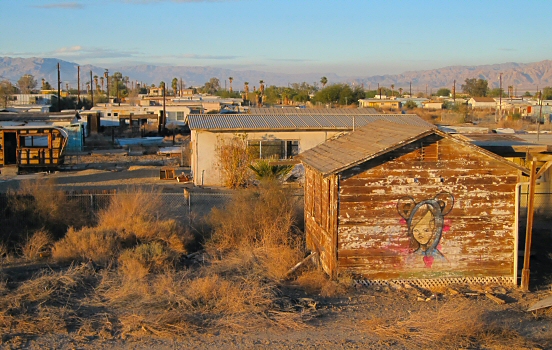 As soon as I parked the car and started walking along the Salton sea, my nostrils were filled with the horrible odor of dying fish. My boots made a crunching sound wherever I went, as I stepped upon the bones from fish. The former beachfront is today a collection of derelict debris. 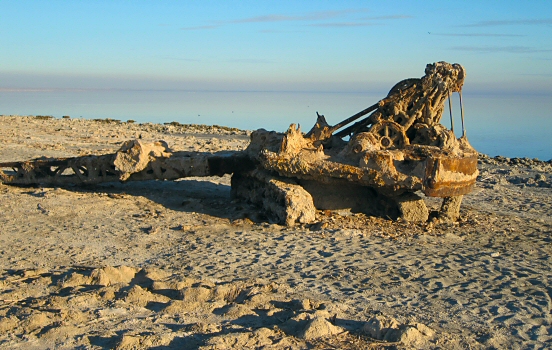 We drove along the deserted streets where the abandoned houses feel like lifeless husks, covered with rust and graffiti. But sometimes I actually saw a living human, proving that there is still life here. 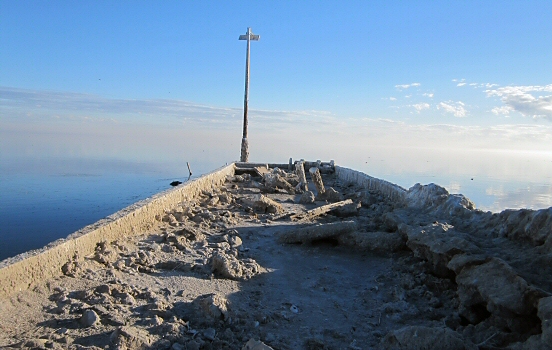 A pier to nowhere.

My mind wandered back to the visit by Anthony Bourdain in 2008 and it felt weird that we choose to seek out these kind of places. It’s not a museum, it’s a town where people have a rough time to survive, and we should be humble and treat it with respect.

We drove westbound in silence, contemplating the fate of Bombay beach.