New Mexico is truly the land of wonders. Or should I say bonkers? There is something strange, bizarre or wonderful around every corner.

After taking a shortcut along dirt roads with cattle guards we arrived at our destination, the aptly named Pie Town. 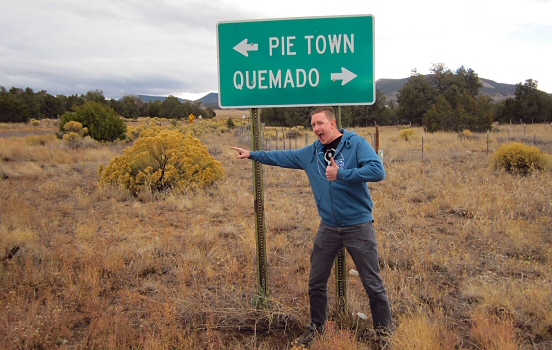 The road to Pie Town.

Pie Town is situated on US Route 60, about 84 miles west of Socorro. It was established in 1927, but today it’s sort of a ghost town with a population of only 180 people.

Rusty cars and abandoned gas stations lined our path as we rolled into town. A friend who used to work in the area had recommended a place called Pie-O-Neer, which wasn’t exactly hard to find as the town only has a handful of houses. 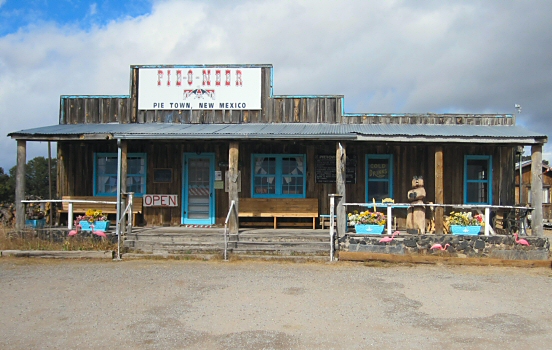 It felt like stumbling into an episode of Twin Peaks, where I half expected the log lady to sit in a corner. 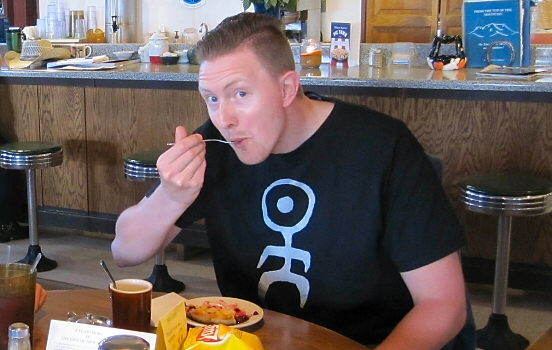 Having blueberry pie at Pie-O-Neer.

I thought to myself, what would Dale Cooper do, so I sat down and had a cup of black coffee together with homemade blueberry pie. As Cooper would say, this is where pies go when they die.