It feels good to be back in Los Angeles, the city of angels, devils and Hank Moody. Even though I started the morning by dipping my pale toes in the Pacific at Malibu, near the house where the opening scene of Californication was shot in 2007, I’m not doing Venice this time around. That wretched hive of scum and villainy will have to stand back for a more classic approach.

After having a burger from Jack in the box at Malibu Pier, we drove through Beverly Hills and along Sunset Boulevard until we parked at Hollywood Boulevard. My dusty shoes once again stepped on the Walk of Fame, where thousands of cinema celebrities (and other strange people) have been immortalized in the pavement stars.

At a distance I saw the usual commotion at Grauman’s Chinese Theatre, where there was a large crowd photographing like crazy, so I guess another dude was placing his hands in the concrete. We went the other way up to Capitol Records instead. 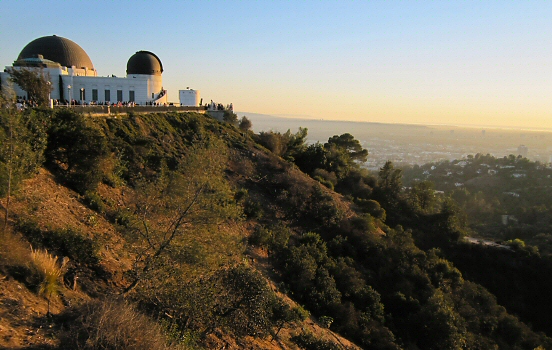 Griffith Observatory in the sunset.

Later in the evening we drove up to Griffith Park and visited the Griffith Observatory. This is really classic ground for many film productions. Being a prominent location in Rebel Without a Cause from 1955, James Dean even got a bust here on the western edge, near the location where Terminator Arnold attacked the punks in 1984, with the Hollywood sign in the background. 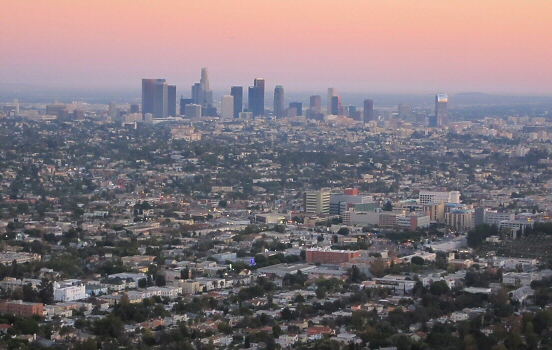 Even though Hollywood more feels like a tourist trap these days, with movies being made anywhere but here, one cannot deny the historic importance of the area. As I admire the sunset over the sprawling urban area of Los Angeles from the Griffith balcony, it’s easy to understand the old songline by Red Hot Chili Peppers, “Space may be the final frontier but it’s made in a Hollywood basement.”