As I drove into Death Valley in the dark hours before sunrise, I silently pondered why the area got its name. It’s one of the hottest places on the planet and the record temperature of 56 degrees Celsius was measured here in 1913. As gold diggers struggled to cross the area in the 19th century, their fatal attempts made the valley earn its name.

The infamous Death Valley is located in Eastern California, in the northern part of the Mojave Desert. We start the morning by climbing the hills at Salsberry Pass, named for pioneer Jack Salsberry. The view at 1010 meters is breathtaking, but as the sun rises swiftly, the chilling morning hours suddenly starts to transform into something much hotter. 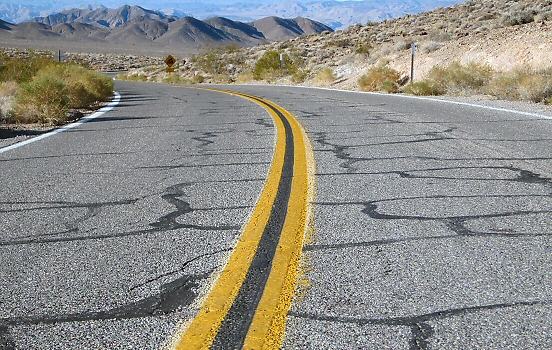 We race back to the car, turn the air condition to eleven and drives west through Jubilee Pass. After a while we reach Badwater, where we walk on salt crystals at what first appeared to be a lake. It’s one of the lowest situated places in the world, being 86 meters below sea level which is marked on a nearby hillside.

The vistas are very beautiful, but also quite alien in their appearance. For example, this salt pan is called Devil’s golf course. 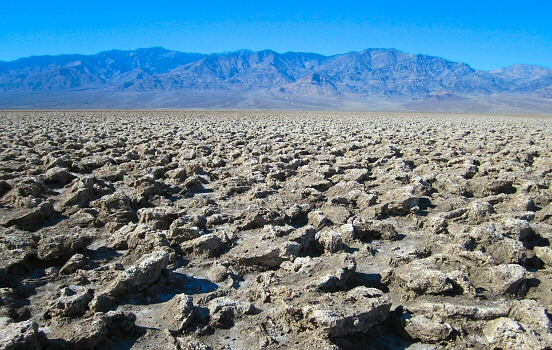 This alien character in combination with being relatively close to the film industry of Los Angeles makes the desert a popular place for movie locations. Most people have seen Death Valley without knowing it. For instance, many scenes from Star Wars episode 4 was filmed here in 1977.

In the area called Artist’s Palette we look for some of the places, such as where R2D2 is ambushed by Jawas and find the exact site where their Sandcrawler was parked. 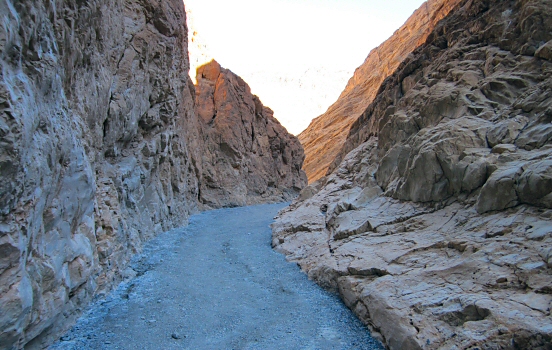 Getting some lovely moments of shade at Mosaic Canyon.

The ultimate sunset experience proves to be from Dante’s View, where the entire valley is overlooked. This hill is infamous for being the place where Luke and Obi-Wan look down upon Mos Eisley. 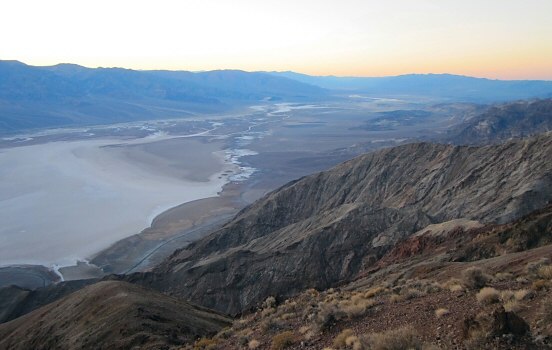 Another surreal place turns out to be Zabriskie Point, where the surrounding hills remind me of soft ice cream draped in the sunset colors. On this hill, the photos for the cover of U2 album Joshua Tree was taken by Anton Corbijn.

We drive north and leave the valley of death in the same manner that we arrived, by listening to Dead Can Dance in pitch-black surroundings. Next stop: Beatty.