I had expected to follow the craziness at a local bar, pitching my ale against the Romney acolytes. But no. The motel owner declared with a sigh that “we do not have such places around here”. C’mon, there’s at least 50 people and four squirrels living here…

So I had to retreat to the motel room TV. The presenters at CNN are absolutely crazy with their projections and state analyses in red and blue. Take the blue pill. Go Obama! 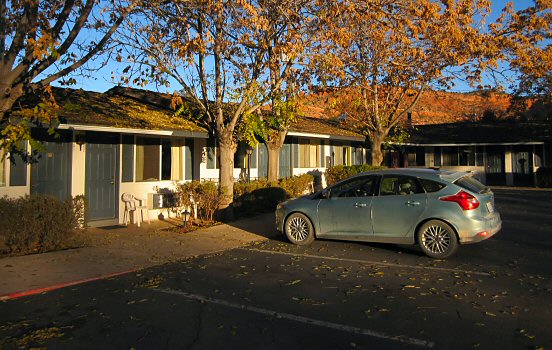