Got to be there in time though, as the popular site closes at about 2 pm due to massive amounts of visitors (a maximum of 25 000 allowed). There will be events in the harbor every hour and the fun stuff starts already at 1 pm, so there’s no chance of getting bored.

Entering the new year in t-shirt and shorts with the love of my life by my side. It just can’t get any better.

To my friends all around the world, a very Happy New Year to you all, regardless of your timezone! 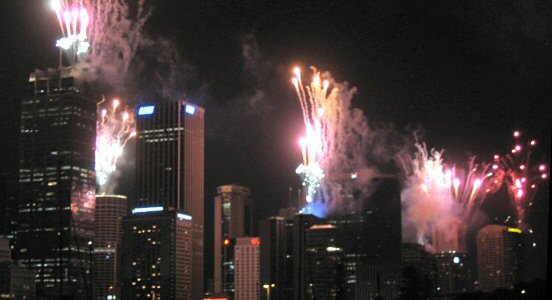 The crowd at Mrs Macquarie’s Point.

Update: It was spectacular! The thing went on for fifteen minutes and was sent off from the Harbour Bridge as well as the rooftops of the downtown skyscrapers! Well worth 13 hours of waiting. Approximately one million people were watching in the harbor area.