Much has happened since the Roman fort of Mamucium was established in 79 AD. After becoming the world’s first industrialized city, Manchester went on to become one of the most famous music cities of the world.

One might argue that being the place where they build the world’s first stored-program computer in 1948, as well as where Rutherford first split the atom and also having one of the world’s first railway stations, Manchester has been on the edge of innovation for a long time.

But I bet very few people know of these things. Probably better known to a wider audience is the Manchester music scene. One of the things that kick-started it all was a gig with Sex Pistols at Lesser Free Trade Hall in 1976.

Even though only about 40 people were attending, the audience contained names such as Morrissey (The Smiths), Ian Curtis + Bernard Sumner + Peter Hook (Joy Division / New Order), Tony Wilson (Hacienda, Factory Records), Pete Shelley (Buzzcocks), Mick Hucknall (Simply Red) and more, which all would come to play an important part for the next decade. 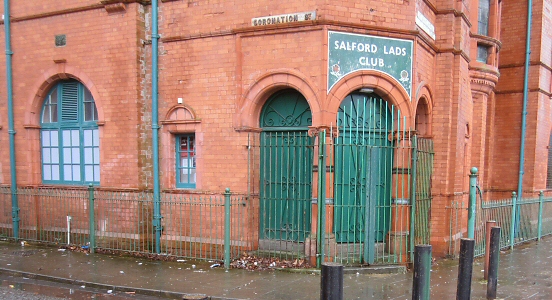 This street corner near Salsford Lads Club was immortalized 1986 in a photo of The Smiths album The Queen Is Dead.

According to the book by Dave Haslam, there were actually two gigs, June 4 and July 20, and it seems like a lot more than 40 people all claim that they were there on this/these historic gigs. But disregarding the lore and myths, it still remains a crucial event. 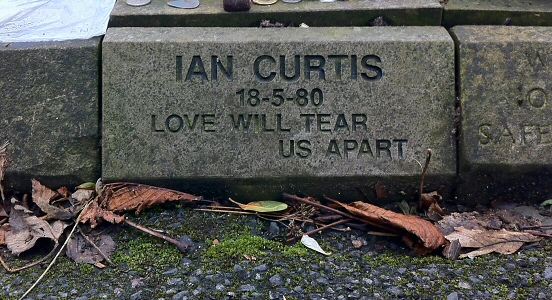 Manchester is the city of bands such as Joy Division and New Order, Morrissey and The Smiths, Chemical Brothers, The Verve, The Future Sound of London, The Stone Roses, Happy Mondays, Oasis, Lamb, Autechre, Buzzcocks, Bee Gees, Simply Red, The Hollies and many many more. 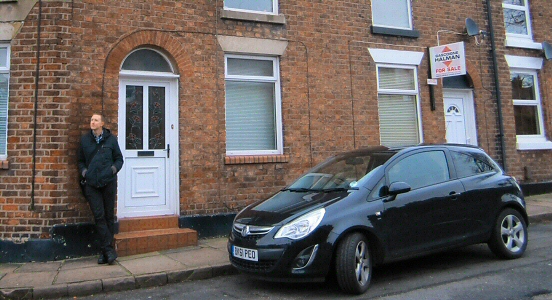 The house in Macclesfield where Ian Curtis ended his life on May 18, 1980.

It feels strange to walk on the streets where Morrissey and Ian Curtis once lived. But it’s New Years Eve, so let’s hope for a late night on Maudlin Street.

To all my friends across the world, have a Happy New Year wherever you are!