As I was walking around in St Lucia, it felt like everything was out to get me. At first, monkeys passed by on the deserted road. So far, so good. 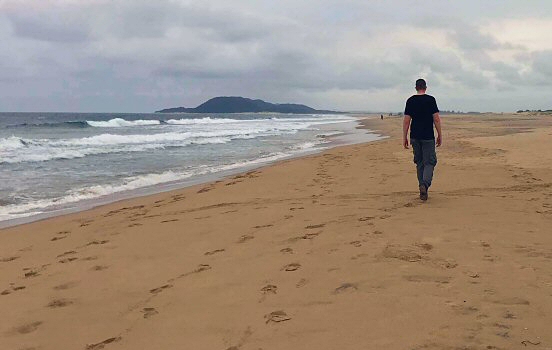 Found a beautiful beach with endless views of the Indian Ocean. But there was a sign with warnings of shark, crocodile and hippo, as well as strong currents. So that was not really the perfect place for a swim. 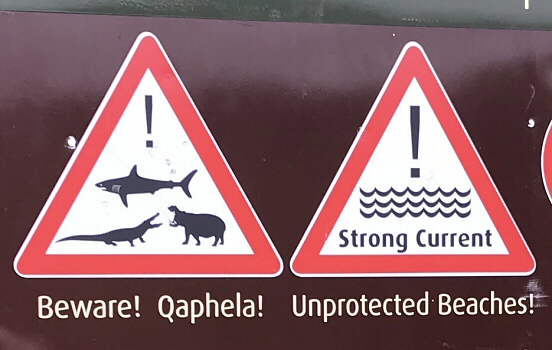 Then we passed the aptly named Croc Island and found a boardwalk through the dense vegetation, but were a bit put off by the sign “Danger crocodiles”. 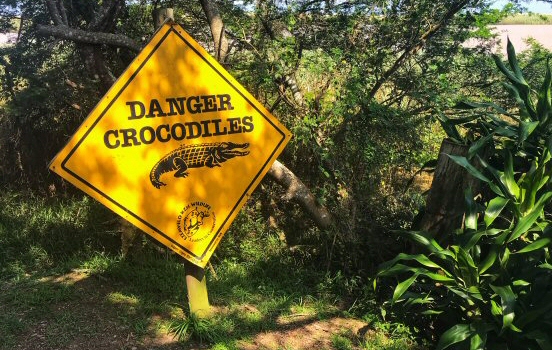 The boardwalk was quite nice though. 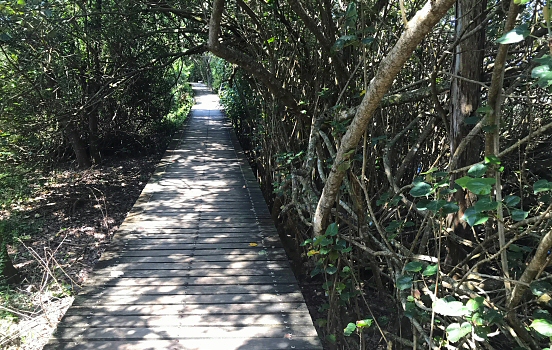 St Lucia may not be a place that most people have heard of, but there has been findings of early humans living in caves here 130 000 years ago. Many years later, the area was called Rio dos Medos do Ouro (River of the Gold Dunes) by Portuguese sailors from the ship São Bento in 1554. The name changed to Santa Lucia in 1575.

Today the area is known for its spectacular wildlife. It’s estimated to have about 1200 nile crocodiles and 800 hippopotamuses. The hippos are known to roam the streets at night, since they cross on the way to the ocean.

Of course, there were signs about that as well. 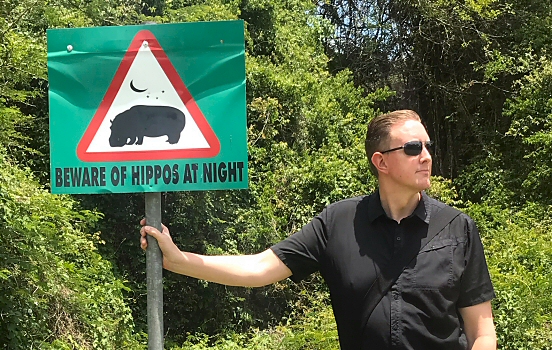 Starting to get the message.

The hippos are cute but can be really dangerous. It was a bit of a thrill to walk around in the dark with a flashlight, not really knowing what to expect further down the road. 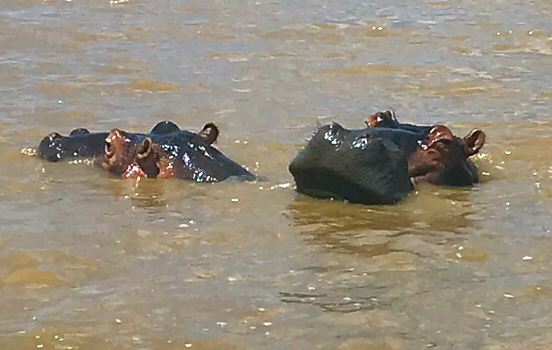 The town St Lucia in itself is a three hour drive north of Durban, in the KwaZulu-Natal region. It’s set by the Indian Ocean, relatively close to Mozambique and Eswatini (Swaziland).

A bit further inland, there are rhinos, elephants, giraffes, zebras and all sorts of wildlife, roaming freely under the marula trees in the Hluhluwe–Imfolozi area. A really beautiful part of South Africa. If you want to have a close encounter with amazing animals, St Lucia might be the place for you!