After being away from civilization for a while, the city of Durban would be a sight for sore eyes. But even though one may be fooled by the pristine beaches and tall buildings, the urban area can be deceptively rough around the edges.

I usually love to discover new cities on foot, but this time I felt a bit uneasy with the surroundings. I would not recommend other travelers to do a casual stroll through the dodgier parts, such as the quarters near Juma Masjid.

Ever so often on the road, even the most careful planning may fail and my yearning for adventure may not go as smooth as I would like. But instead of being frustrated, just remember the old saying: TIA – This is Africa. It may be the most pervasive cliché on the continent and I think that the phrase may sometimes do more harm than good, but in all its apathetic/apologetic/shrugging way, it still holds a grain of relief for my weary feet.

Walking along the Durban waterfront.

But then again, I prefer to look for positive things instead of the negative ones. The area of KwaZulu-Natal holds a rich history. It is said to have been inhabited since 100 000 BC, which is mind-boggling in its own right.

The first written mentions were done by Vasco da Gama himself in 1497, naming it “Natal” after the Portuguese word for Christmas. After initial trade negotiations with King Shaka of the Zulu, a clash between the nations was unavoidable. Zulu, Afrikaners and Britain fought for the territory, before it ended with British annexation in 1844. 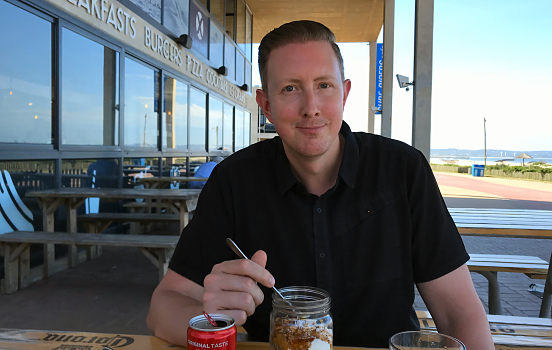 The calm before the storm.

Today the Europeans are mostly gone and the locals are thriving in their own way, despite enormous gaps in economical assets and social inequality within the population. The coastal area is stunningly beautiful and I wish the region a prosperous future.