Groove in the grove.

The very first concert of the three-day festival actually turned out to be one of the best! Savages opened up the small tent scene with an assault of post-punk ruckus. The singer Jehnny Beth worked furiously to wake up the sleepy audience, and boy did she succeed! 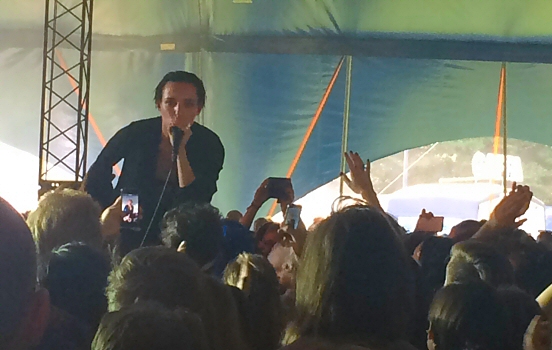 Some of the acts were directed at us oldtimers. It was nice to see Pet Shop Boys again. Last time was in 2009, and it’s safe to say that all three of us has seen a bit of mileage since then. I also enjoyed the guitar mayhem of Ride and the borderline-offensive Sun Kil Moon. Other memorable gigs were Zhala, Susanne Sundför, Alt-J, Father John Misty, Future Islands, Beck and The War On Drugs.

A nice surprise was the relocation of the Stay Out West concept. The club feature used to be a tedious affair with long queues, but by moving most of the action to remote areas it went quite smoothly this year. I managed to see Urban Cone, Ratatat, Deportees and more during the wee hours. And the rides with bus, taxi and tram during these hours were an experience in itself, filled to the brim with drunk singing crowds. 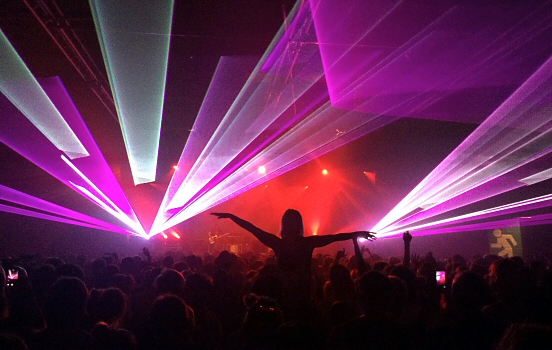 Ratatat goes all in with the lasers.

I counted a total of 36 bands afterwards, as seen in varying degree of attendance. Good times.