I just got back from Croatia where I went for many walks along the Adriatic Sea, looking at the sunset and thinking back on the history of these waters.

The eastern shore of the sea, which is today Croatia, was once inhabited by Illyrians. After a short colonization by the Greeks, it was time for the Romans to enter. The first Roman navy vessels crossed the Adriatic in 229 BC, later resulting in the area becoming a province of the Republic. The Middle Ages saw the arrival of Ostrogoths, Lobards, Venetians and even the Byzantine Empire. Fast forward to the Cold War, where the Adriatic became the southernmost flank of the Iron Curtain and at the turn of the millennia the area was plagued by the Yugoslavia-related wars. 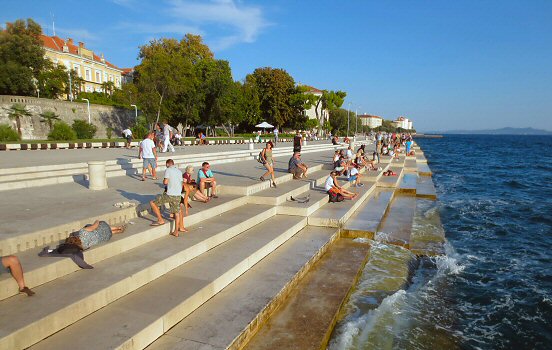 These stairs in Zadar are known as the Sea organ, since pipes beneath them form a musical instrument based on the rhythm of the waves.

As I walked around in the city of Zadar, I was surrounded by several epochs. The ruins of the Roman forum is located at the heart of the old town, once the largest forum on this side of the Adriatic. Bits of broken columns are scattered across the area. In the southern part of the square, St Mary’s Church was founded in the infamous year of 1066. The square was heavily affected by the massive bombings during WW2 and the Balkan conflict in the 1990s. Two millenniums of history in the same small spot.

Despite all these tales of war, the area is very beautiful. It’s no wonder that Game of Thrones used places in Croatia as fictional locations. The sunsets are magical.