As I stand here in the center of Sarajevo, it is hard to imagine the terrible things that the capital of Bosnia and Herzegovina has seen.

One of the most well-known tragedies is the assassination of Archduke Frans Ferdinand in 1914, which was the starting point of the first World War. I walked across the Latin Bridge and stood on the spot where Serbian nationalist Gavrilo Princip fired the gunshot at the car, almost exactly 100 years ago (off by only two months).

But it was actually the second assassination attempt that day. A few hours earlier the cars passed three would-be assassins, armed with pistols and bombs. The cars passed two of them who failed to act, but the third threw his bomb at the cars which bounced and detonated under wrong car. 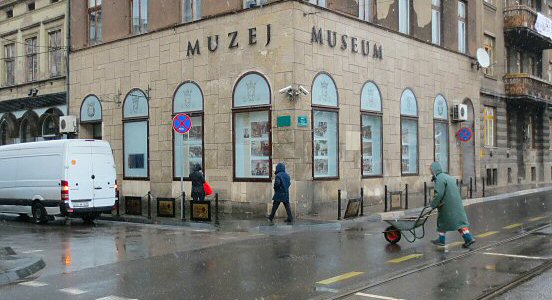 The bomb-man Cabrinovic quickly swallowed a cyanide pill and jumped into the Miljacka river. But the cyanide didn’t kill him and the river was only 13 cm deep, so he was beaten by the crowd and dragged away. The episode would sound like an episode of Monty Python if it weren’t for the tragic events. 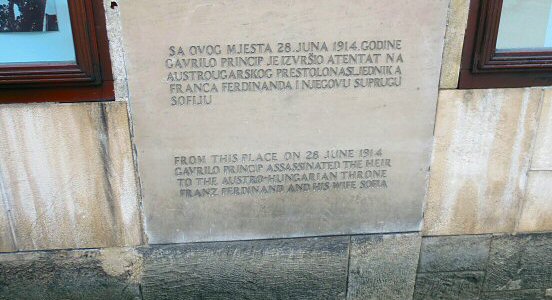 Today this plaque commemorates the location of Gavrilo Princip.

Then there is the the infamous siege of Sarajevo, the longest capital siege in modern warfare history. It lasted from 1992 to 1996 and reduced half a millennium of architectural heritage to rubble. During the siege, the Bosnian Muslims destroyed a potent symbol of Serb nationalism: the footprints marking the exact location of Princip.

The city survived on the edge of annihilation and has started to recover, but the stone walls still seem to cry out in lament of all the horrible things they have seen.