I recently went for a road trip through the presumably alien-infested territory of the American Southwest. First quest of the day: Area 51.

In order to get to Area 51 you will have to drive through the Nevada desert along Route 375, also known as the Extraterrestrial Highway!

In the middle of nowhere you will pass the small town of Rachel. It would probably not exist if it weren’t for the legions of alien hunters who has roamed through the area for several decades. 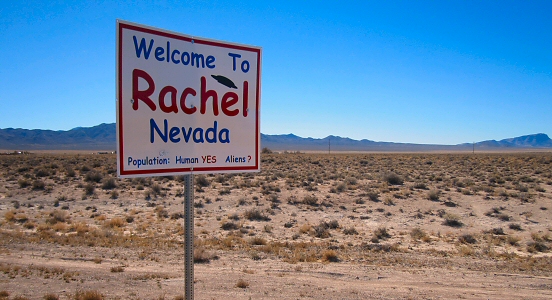 It is the only town in the proximity of Area 51 and practically consists of a small building called Little A’Le’Inn. They certainly know how to catch the eye of by-passers with UFO signs and a small flying saucer towed by a truck. 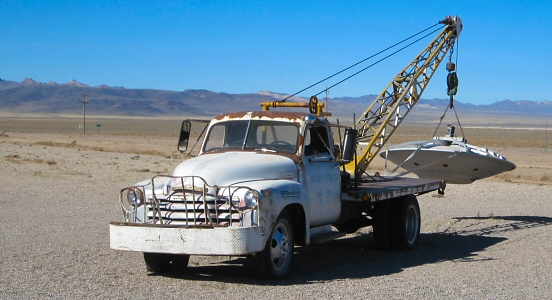 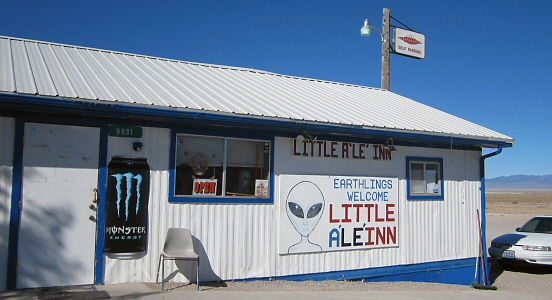 Notice the sign on the roof, saying “self parking” for saucers. Their “Alien Burger” is supposedly famous, but I wasn’t that impressed by it. However, the place was featured in the X-Files season six episode “Dreamland II”, which makes it a compulsory stop for any alien hunter!

One of the strangest items in the area is the so-called Black Mailbox, located on Route 375 where the dirt road intersection starts towards Area 51. According to UFO lore it was supposed to be the actual mailbox of Area 51, which made it a place of interest for weird people who expected to find classified documents in there. 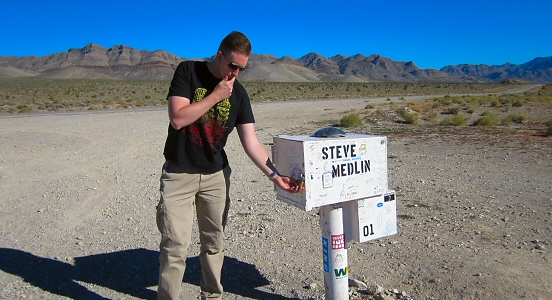 It actually belongs to a local farmer who got quite irritated at lunatic tourists going through his mail all the time. This made him replace the black mailbox with a white one, equipped with a sturdy padlock, and the original one was sold on eBay in 1996.

As we left the beloved concrete for an unmarked dirt road, it was almost impossible not to start humming on the X-Files theme. 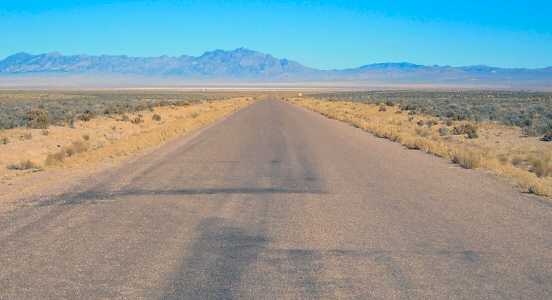 After some time we arrived at the Back Gate of Area 51, where the road was blocked. It felt like arriving at the Black Gate of Mordor, so close but still a dead end. 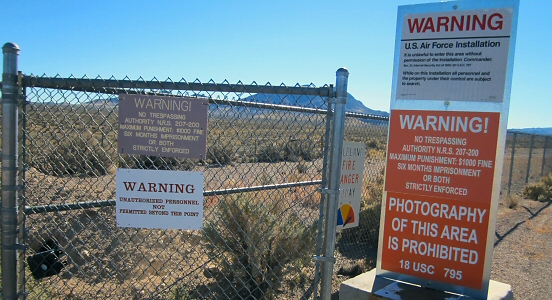 Back Gate of Area 51. Ironically it’s one of the most photographed signs on the web.

We turned around and went down another dirt road, past countless Joshua trees until our car was covered in dirt and we finally arrived at the Front Gate of Area 51.

One hill featured a patrol car, where we most certainly had a pair of binoculars aimed in our general direction. Two official trucks were passing in high speed as we stood by the gate, perhaps not carrying alien remains but it still tickled the mind.

Anybody past these signs will be arrested, no questions asked, and they will probably receive an alien probe somewhere as well. 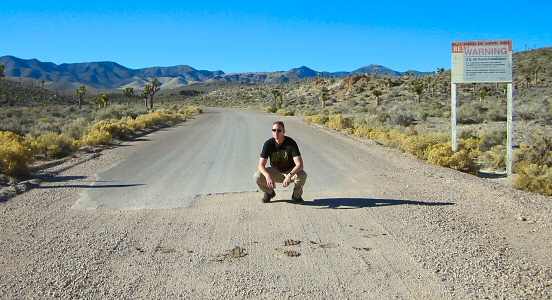 Finally arriving at the Front Gate of Area 51.

For the oblivious few, Area 51 is the non-official designation of the desert area including Nellis Test Range and Groom Lake in Nevada. The name originated from the 1950s when different areas were given numbers for nuclear testing, while the US government denied the existence of the area until 1995. It has also been used for development of aircraft such as Lockheed SR-71 Blackbird. 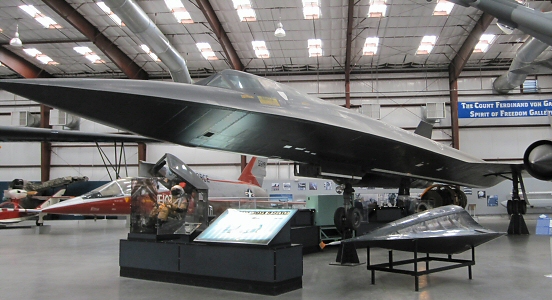 Ah yes, Roswell. We just had to visit the grand daddy of all UFO stories.

According to legend, a UFO crashed near Roswell in 1947. This was a “once in a lifetime”-opportunity for the local townsfolk, who turned the sleepy town into an urban Christmas tree decorated with all things alien. As we walked down Main Street, little green men and flying saucers could be seen everywhere. I just missed one thing: Mulder’s poster with “I want to believe”. 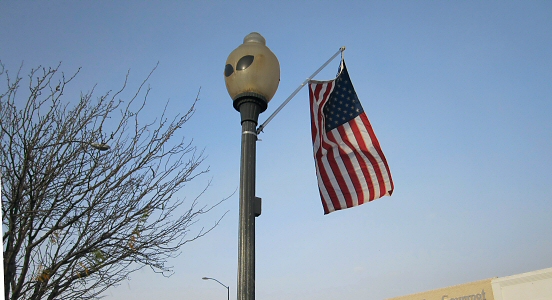 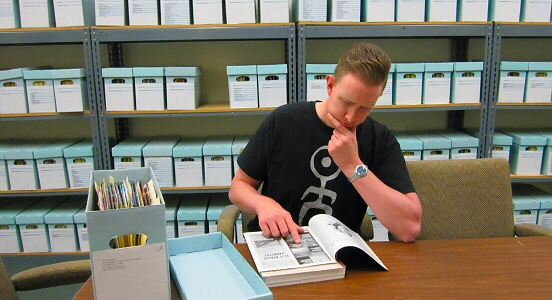 Searching for clues at the UFO library in Roswell.

There is no end to the obsession.

This site is not exactly on the alien map, but it has been featured in several science fiction movies. Most notable is the scene in “Contact” (1997) where Jodie Foster sits on the hood of her car and listens to radio wave transmissions through her headphones.

Unfortunately that iconic scene is quite bogus. Radio astronomers don’t really listen to cosmic signals with audio headphones, the antennas were specifically pointed to get a better shot and the number of dishes were increased by CGI effects. 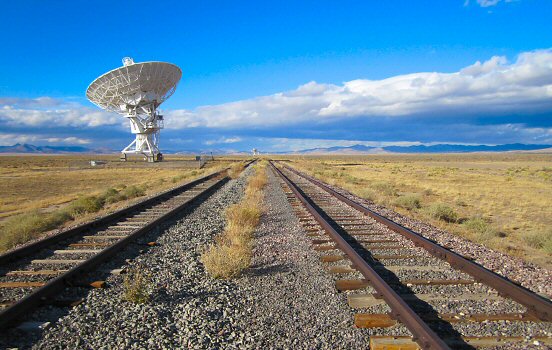 The scenes at VLA were shot during five days in September 1996, with the “listening” scene actually filmed during heavy rain. But the control room, even though shot on a set, is a near perfect replica of the actual VLA Control Room.

The site can also be seen in Carl Sagan’s 1980 documentary “Cosmos” and movies such as “2010”, “The Arrival”, “Independence Day” and “Terminator Salvation”.

Remember, the truth is out there. But gas stations are not, so I would recommend careful planning before undertaking any serious alien hunting.