Nobody to fear but ourselves

While following the current American presidential election and realizing the most probable outcome, it is only natural to ponder the doom of civilization.

We are bound by the laws of ethics and morale, not to mention the laws themselves, to be nice to each other and stay away from the path of destruction. Then there’s also the question of whether a spark of goodness brooding inside all of us.

Since the birth of civilization, and even before that, there has been a natural aversion against murder and other things considered inappropriate by a large crowd of people and thus slowly over the passing years made into a prohibiting law (to put it in an extremely simplified context). 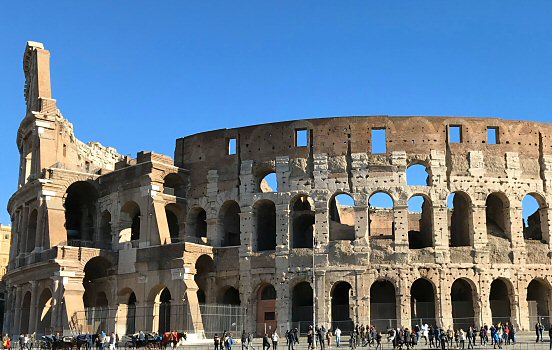 The Colosseum in Rome, a place of atrocities past.

Once you ponder that most of the stuff that hold us together is a fragile mesh of social constructs, the implications are profound. What if those fundamental judgments were slightly altered in humanity by, say, cosmic radiation or intervention by an alien race.

What would happen if suddenly most of humanity went berserk? What if a vast majority simply didn’t care at all about other fellow humans, or even encouraged an aggressive and destructive manner? Would society collapse? Would civilization degenerate? Would there be no more ice cream?