2020 has been one of the most disruptive years in modern history. In addition to the awful pandemic tragedies, we also saw climate catastrophes, faction wars, violent protests and a batshit crazy (pun intended) president advising his citizens to inject bleach. To name but a few.

As it was coming to an end, there was a lot of hard words about the closing year which saw an extraordinary amount of bad things happen. 2020 was the punching bag of an entire planet. An iron piñata without any loot. Netflix even produced a mockumentary called Death to 2020, where luminaries such as Samuel L Jackson takes turn to throw profanities at the year from hell.

The December issue of Time magazine had the title “Worst year ever” on the cover. Even though that statement is historically incorrect (hello 1348 with 200 million victims from the Black Death), most of the people living today has arguably never experienced a worse year.

The trials felt endless as the second wave arrived. As Frodo said in Mordor, “I can’t recall the taste of food, nor the sound of water, nor the touch of grass”. When it comes to a year such as this, it’s quite understandable to hate it with a vengeance. 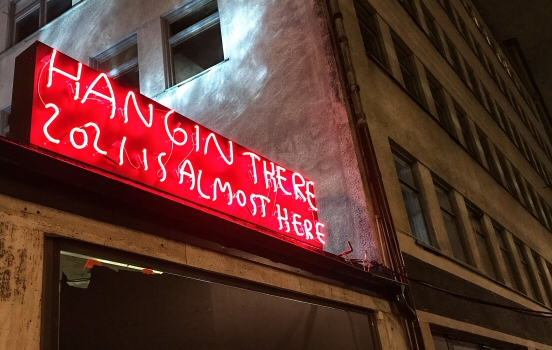 But, lo and behold, the never-ending year has actually ended. Now what?

As the year came to an end, there was a lot of people breathing a sigh of relief on the prospect of going back to normal. But what is this “normal”, really?

Unfortunately, I guess that most of us woke up on January 1st without smelling a change in the air. Apart from smelling food remains in the kitchen, that is.

Our concept of a year is a mathematical construction, build on the astronomical principles of the Gregorian calendar. This one hasn’t felt much like a year at all though, since we only got two months before the pandemic hit the fan.

The first half of 2021 is most likely going to be like the second half of 2020, but in reverse. As I write this, the vaccine has started to roll out in many nations, giving us hope back and signalling the beginning of the end of the pandemic. Then what? There is no vaccine for the climate crisis. Should we really want to go back to the state of 2019 and pretend that 2020 never happened? 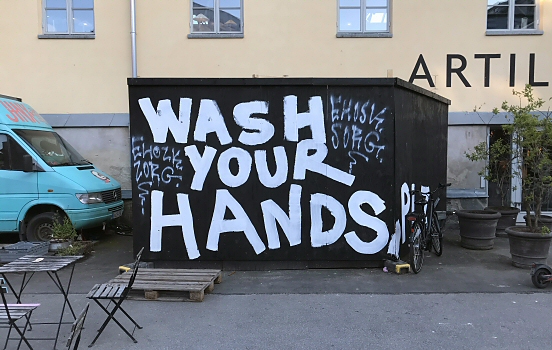 Tales from the apocalypse.

Looking back, it is surprising and somewhat disgusting that one of the most frequently posted messages of 2020 was to “wash your hands”. Does it really need to be a pandemic for people to do this?

On a larger scale in the society, how will the school system change after the pandemic? Will there be a lot of people working from home? Will people return to the cramped spaces of the cinemas? Is there still going to be a demand for joining a sweaty audience at concerts?

It takes time and conscious effort to break old habits and form new ones. Admittedly, in the 2019 state of accessible cheap flights and alluring Instagram-filtered beach destinations, the temptation of getaway-weekends was strong. Economic prophets believe that it will take five years for the airline industry to get back to the numbers of 2019. Perhaps it’s a perfect opportunity to revise old patterns and switch focus into a more sustainable lifestyle? Remember, we’re all in this together.

Even though I’m not quite as stoic about this as Ryan Holiday, I believe that 2020 will leave a bigger stain on our collective consciousness than we would prefer to admit. It has also been a year where we got to see the people behind the mask (pun intended once again) in a different light. Crisis builds character, it is said. But it also reveals character. Perhaps a crisis works in the same realm as alcohol, as it doesn’t actually change people, but rather amplifies who they already are. Fear often changes our perspective more than we realize. 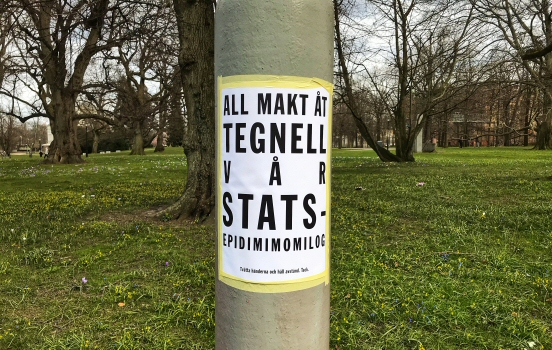 Instead of just passively “waiting for this all to blow over”, as Shaun put it, it’s a great time to take action and do something. Don’t let the pandemic dictate your life. Learn a new skill, help people in need or simply read more books. As John Lennon put it in a song from 1980, “Life is what happens to you while you’re busy making other plans”. It is the time of The Great Pause, an extremely rare event, so use it in the best way you can.

Humans are by nature very resilient and adaptable. What recently felt odd will in a surprisingly short time be perceived as the new normal.