In 1624 the Swedes began construction of a heavy defense structures around Gothenburg. With a bit of help from Dutch engineers they created one of the most fortified cities in Northern Europe. 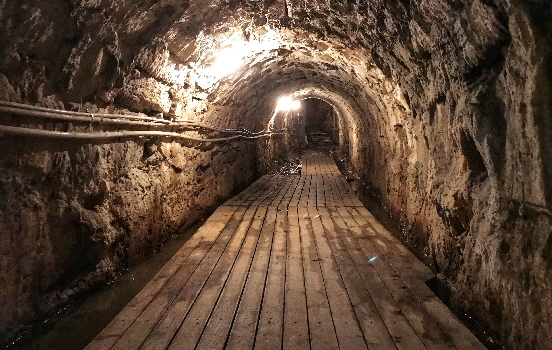 The massive fortifications stays until 1807, as a demolition contract is signed. The process of removing the defense walls lasted for a decade, enabling the city to evolve into a trading hub. 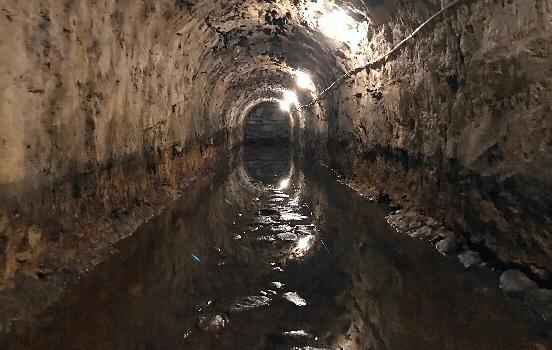 Some of the tunnels are flooded.

Today the only surviving bastion Carolus XI Rex is towering above Esperantoplatsen. The largest accessible structure is the “powder room” inside the bastion, built about year 1770. The large room was intended for storing gun powder, but the construction workers never got around the moist problem. 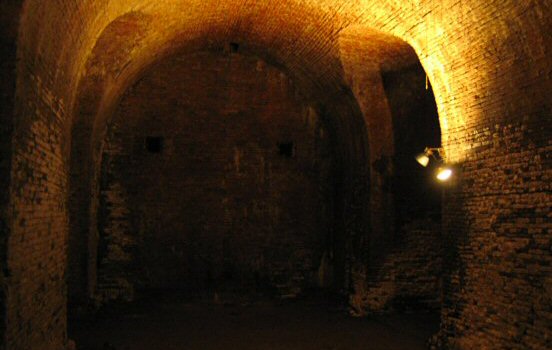 The walls have a lot of white strains, which is salt from the moist. There are also large speleothem (soda straws) hanging from the ceiling, created from 300 years of dripping water. 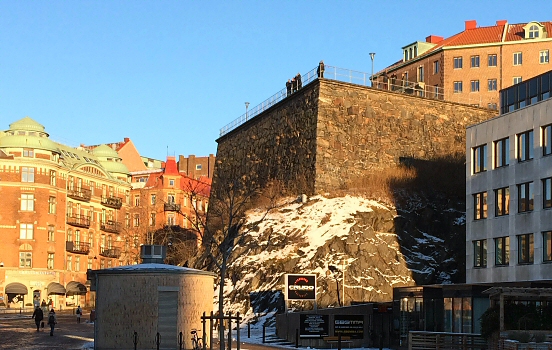 Apart from Carolus Rex, there are very few places where any fortification remains can be seen. The most accessible one is the wall in the cellar of cinema Biopalatset. But there are still some interesting places hidden under ground.

Below the location of razed bastion Carolus Dux, it is possible to crouch along mud paths into dimly lit tunnels. Just watch out for the spiders!