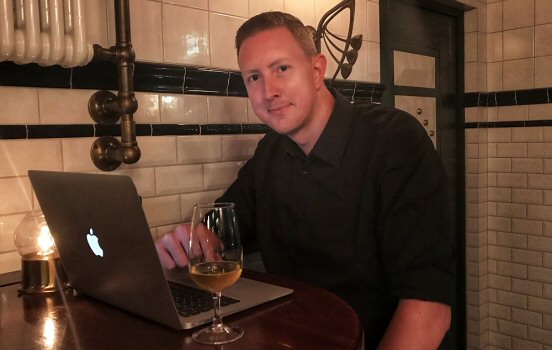 This is my 500th blog post on this site. What started as a coding exercise in 1994 turned out to evolve into something different. After starting to write regularly in the early 2000s, it just kept on rolling. All of a sudden, I seem to have written 500 of them.

So we have finally reached a proper decade. The 00s or the 10s doesn’t have that nice ring that the 20s have. The last time we were there, it was called “The Roaring Twenties”, a period of prosperity and growth. Somehow I doubt that will be the case of the current decade, but let’s do our best.

20 years ago, I wrote the first lines of HTML code on this site. It was written in Emacs on a Solaris workstation and viewed in Mosaic, since this was before Netscape and Internet Explorer were even released.

Recently Mink Machine turned sixteen years old. In a way it doesn’t feel like a long time, but when one considers that 1994 saw the death of Cobain and the inauguration of Nelson Mandela, it’s really been a long road.

Another year has gone by and this site turns 15 years old this week. That’s pretty old in the web world. The web of 2009 is very different from 1994. Back then there were no blogs, communities or RSS feeds. Google was not even started and popular sites like YouTube, Flickr and Pirate Bay were a decade into the future.

This site turns 14 years old this week. That’s pretty old for something in the web world. This was a few months before the browser Netscape was released.

Through the eyes of Wordle

Remember those tag clouds that were so popular a few years back? There is a new toy in town which analyzes a feed and present a word map of your recent activity. This is how Mink Machine looks through the eyes of Wordle.

After months of struggle and maintenance, Mink Machine has finally found a new place to settle. This is the fourth physical home location since 1994! The new server is harder, better, faster, stronger – just as Daft Punk would put it.

For every web site, statistics are vital to understand your visitors. Now and then I have a look at the stats for this site, and one of my favorite things is to examine which keywords people searched for in order to arrive here.

Fighting back the spam

It is with great regret I’ve decided to install a CAPTCHA tool on this site. For those of you who don’t know what it is, have a look at the comment area field below, displaying a word. From now on, you have to type that word in the text box to post your comment.