Levison Wood is a British explorer, writer and photographer. He is probably best known for his walking expeditions, including the Himalayas, the Nile and around the entire Arabian Peninsula.

These expeditions are available as both books and tv-series. Even though I’ve read several of his previous books, The Art of Exploration is the first one that’s not describing a specific journey. 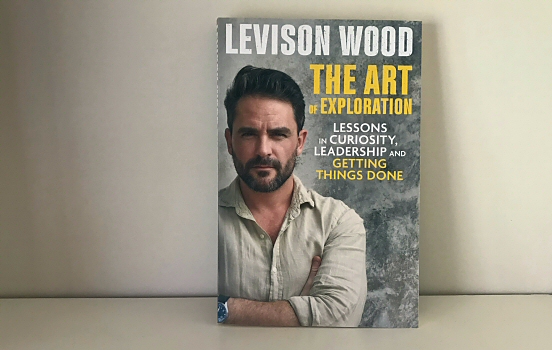 Most people on the planet were affected by the Great Pause, as we already have named the year 2020. A lot of people all over the world were isolated in lockdown, turning the gaze inwards in lack of external exploring.

Wood starts off the book by describing how this involuntary covid-break affected him and fellow freelancers, as many lost their income for a year. The immersive nature of deep travel cannot be replaced by arm-chair traveling, so I figure it must have been frustrating for him to write a book on this topic while being confined to your own backyard.

Several chapters deal with fear and the explorer’s mindset. I was pleased to discover that some of his advice closely mirrors my own, as I detailed them in a chapter of my book published two years prior to The Art of Exploration. In a nutshell, it is way more probable that you get involved in a car accident in your home town than being shot by terrorists on your travels to the Middle East. Be aware of any dangers and plan well, but don’t let irrational fear get in the way of your dreams. Being exposed to risks now and then is also a crucial step for evolving as a human being. Prepare for the worst but hope for the best.

“Fear is a primal biological reaction. This means it is very powerful, but also that it isn’t always suited to our modern lives.”
— Levison Wood

He gives short biography mentions of several inspirational figures such as Sir David Attenborough, Amelia Earhart and Thor Heyerdahl. As a whole, many of the themes are quite familiar and sometimes it feels like a remix of his previous books, but I do enjoy his style of writing and the enthusiastic optimism it brings.