Wonders of the Vatican

The Vatican City State is the smallest state in the world, confined by the bustling metropolis of Rome. We made our way to St. Peter’s Square where a large crowd had gathered surrounded by the imposing pillars.

Exactly at noon the Pope Francis appeared as a tiny white dot in the window of the Apostolic Palace. His fragile voice boomed across the square from multiple speakers. 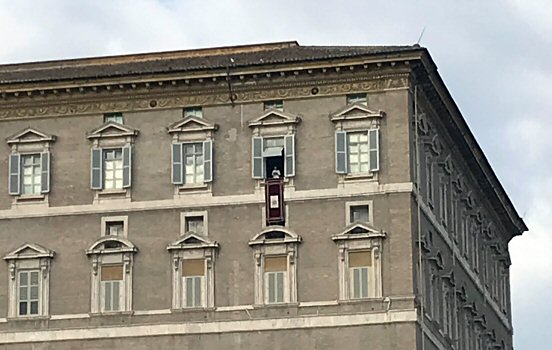 The noble sport of Pope-spotting.

Even though the state is less than a hundred years old, the area has been of great importance for thousands of years. Naturally the Vatican is extremely popular for tourists, which in combination with the high security this creates massive queues and crowds. It’s been featured in books and films for as long as the medias have existed.

A recent dash in public interest was the the movie Angels & Demons from 2009, as well as the book with the same name, where locations from the Vatican were vital elements of the plot.

St. Peter’s Basilica is the obvious poster boy. Regardless of religion, the world’s largest basilica leaves no one untouched. Everyone entering the massive interior is gazing around in awe. The church is said to be founded upon the burial site of St. Peter, crucified in 64 AD. One of my favorite places to visit is the Vatican Grottoes, a underground system of caves beneath the church. It features the graves of many popes and saints in massive sarcophaguses, as well as the tomb of Swedish queen Kristina and the infamous tomb of St. Peter. 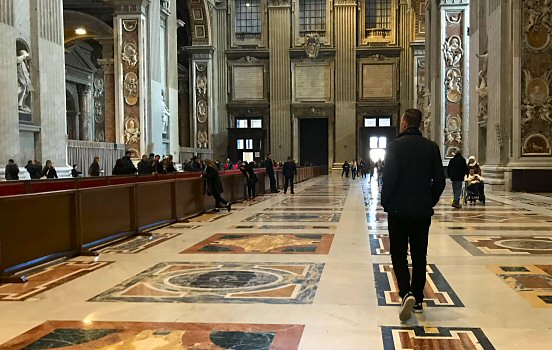 There is also much to see in the lavishly decorated interior of the church. Notable points of interest is the Pieta statue by Michelangelo. Apart from art, the church is filled with historical details. The first you see when entering is a red marker in the marble floor. This spot happens to be the place where Charlemagne was crowned by the pope.

Literally topping if all off, The view from St Peter’s Basilica where Anita Ekberg once lost her hat to the wind in Fellini’s La Dolce Vita is probably one of the greatest in the world. 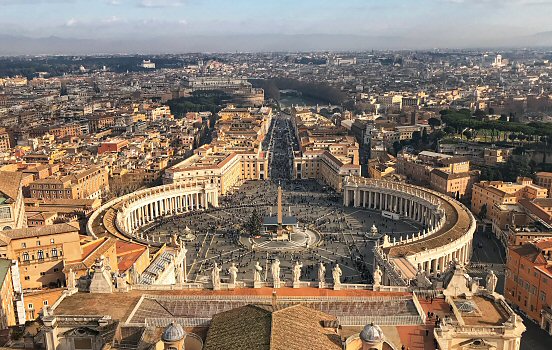 View of the Vatican from the St. Peter’s Basilica cupola.

The Vatican Museums are another popular spot. A maze of halls and courtyards contains historical art, one of the greatest collections on the planet. The collections range from the divine, such as the painted ceiling of the Sistine Chapel, to the mundane, such as the old bathtub of Nero. There is also more modern marvels, such as the Bramante Staircase. 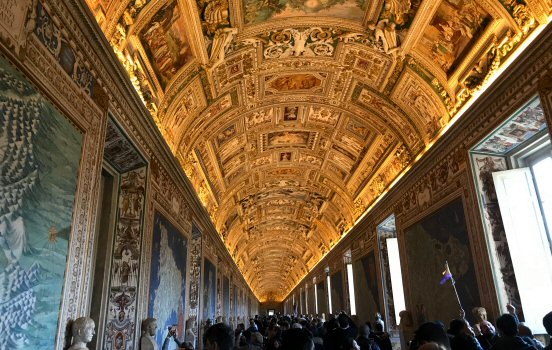 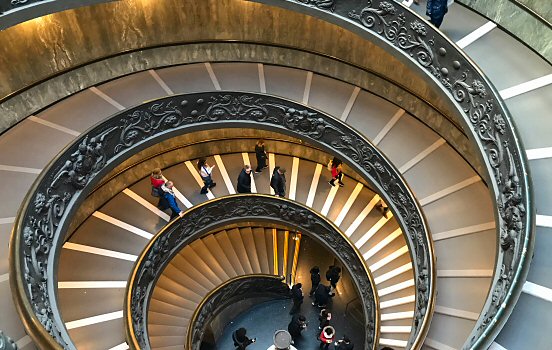 A final warning: the crowds! On my last visit here almost 20 years ago, I remember that it was a lot of visitors, but nothing compared to this time. Bring plenty of water and comfy shoes, at the very least. The patience of a modern-day saint would also do wonders, I suppose.