My weary feet has finally reached Valparaiso, the colorful city in western Chile. After almost a month of traveling across the South American continent I realize that this is as far south as I will come, due to weather conditions (it’s winter down there).

Dear Patagonia, I will say hello another time. The enchanted land from the stories of Chatwin and Magellan have intrigued me for as long as I can remember. And it will continue to elude me. On the other hand, my poor travel shoes are starting to resemble something from an Indiana Jones movie, so maybe it’s better this way.

The colorful hills of Valparaiso.

But hey, Valparaiso is not a bad place to rest. The steep streets and ocean breeze reminds me of San Francisco, if it weren’t for the abundance of colorful graffiti and questionable electric wiring. It definitely has a bohemian vibe compared to Santiago.

It used to be one of the most important port cities in South America, but after the Panama canal was finished in 1914 the city became less significant. 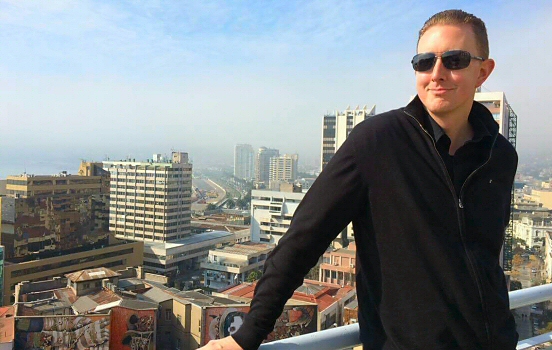 There are about 40 hills in the city, surrounded by steep slopes and colorful houses. I board one of the century-old funiculars which slowly takes me up the hill. After a while I reach the hill called Cerro Alegre, one of the best vista points which is overlooking the harbor leading into the Pacific Ocean.

I see condors circling above my head, give a few coins to a small boy playing guitar and feel that it’s a great location for ending my South American journey. 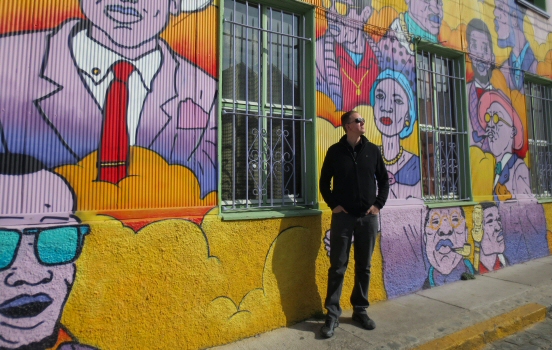 I head down endless slopes before finally reaching a place which serves Chorrillana en Lomo Liso, which resembles a very large plate of meat and assorted stuff. It’s normally meant to share, but I had one yesterday and it was great, so this one is mine alone. The waiter really likes that and gives me a frightened smile as if I were some foreign Godzilla. 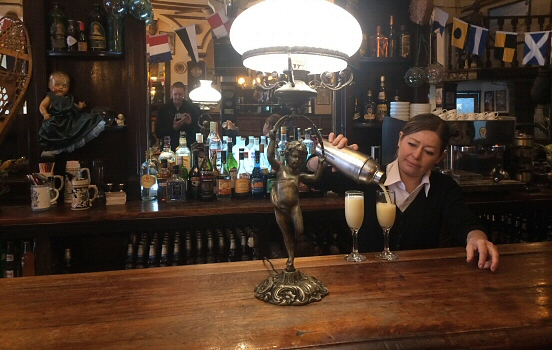 Having a Pisco Sourat at Bar La Playa.

After having been chewing for what seemed like eternity, I go down the street to find Bar La Playa in the port area, the sailor bar made infamous by the Anthony Bourdain visit in 2009. I even recognized one of the bartenders from that No Reservation episode. Enough talk, time for a Pisco Sour.