A life-long dream came true this morning, as I stood upon the mountain looking down at Machu Picchu.

I felt like some strange mix between Indiana Jones and a small boy, gazing down upon the final treasure of the Incas. Perched deep in the Peruvian Andes, shrouded in mists. No wonder the conquistadors never found it.

Top of the world.

Initially I had some trouble adjusting to the altitude. At 2430 meters above sea level, the breathing gets more strained during the steep climbing. But the views are worth every struggle. While I was busy breathing like Darth Vader, a llama was standing next to me. He looked very unimpressed with both me and the view. In Che Guevara’s travel memoir “The Motorcycle Diaries”, he chose to play a game of soccer in the ruins. For me, any kind of physical activity was on the bottom of my list. 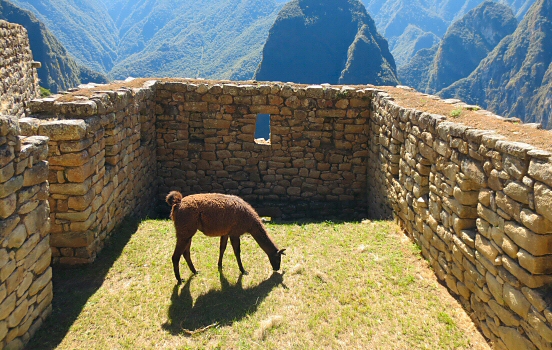 I entered the ruins through the Main Gate and placed my hand on the smooth walls while marveling the engineering skills to build this place. Machu Picchu is believed to have been constructed around 1450, but unlike most other Inca cities the conquistadors didn’t find it at this remote location. After being abandoned in 1527, the site was relatively unknown until the famous “re-discovery” by Hiram Bingham in 1911. 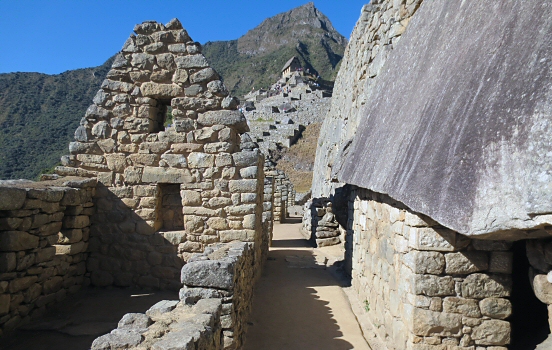 The buildings are impressive, but nothing can beat that first sprawling view of the area in the morning sunrise. As Paul Theroux once wrote:

“We continued to climb the steepness. It was not until the last step, at the brow of the hill, that the whole city was revealed. It sprawled across the peak, like a vast broken skeleton picked clean by condors.”
— Paul Theroux, The Old Patagonian Express (1979) 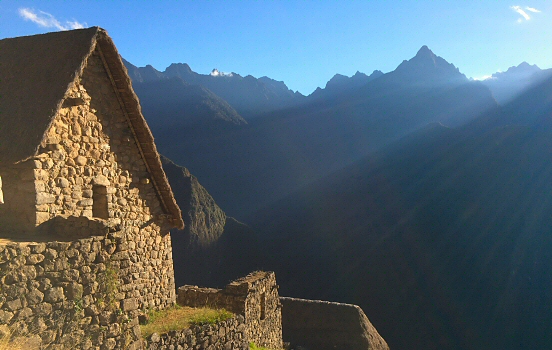 For further reading, I recommend the book “Turn right at Machu Picchu” by Mark Adams (2011). He was adamant to follow in the footsteps of Bingham to the way of Machu Picchu, which made for an amusing story as he was more of an armchair adventurer, or “martini explorer” as his world-weary travel companion put it.

Apart from Machu Picchu, one of my first “got-to-go-there”-memories regarding Peru came from watching Luc Besson’s masterpiece Le Grand Bleu in 1988, where Rosanna Arquette arrive by train to the remote station of La Raya in a funny scene.

That station is actually on the route from Cuzco to Lake Titicaca, the second highest railway in the world. Who knows, I might go there later this week.