It’s a sunny weekend in Krakow and I’m here to attend the first year of the Front Fabrik Festival.

The first night was a warm-up party. We drove through Kazimierz across the river Vistula and arrived in the Podgórze district. The club was held in a derelict building which definitely had seen better days, but I guess it fit the profile.

This evening saw the first ever stage performance by Black Sun Dreamer and the electro-industrial act Anti-Terror. The final band was Düsseldorf, veterans of polish EBM which have been around since 1989 when they debuted at Jarocin festival. Düsseldorf put on massive beats which really filled the room. 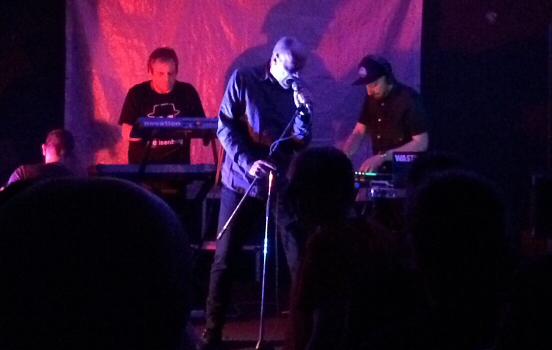 First band was The Opposer Divine from Slovakia, followed up by La Santé from Sweden. La Santé felt like the best gig of the festival, as André and Roy filled the hall with energetic EBM featuring Polish lyrics and fast-paced drums.

After that we saw Astma from Sweden and Terminal State from Slovakia. The temperature was raised significantly as German EBM act Jäger 90 entered the stage. Lead singer Thoralf Dietrich joined us in the moshpit while Marcel Lüke was hitting away on the drums.

The last band of the festival was none other than Dirk Ivens with his solo project Dive. Dirk is a seasoned professional who caught the audience from the start, despite being alone on the stage with minimal setup. Dive is a bit different than his other bands The Klinik and Absolute Body Control, a massive droning sound that cannot be ignored.

All in all, a nice weekend in a beautiful city with great bands from the scene. Hope to be back at next year’s festival!