The 2017 edition of the festival was named Terminus Impact and taking place at Dickens in downtown Calgary.

This was the 6th edition of the Terminus festival with a very nice lineup. I enjoyed gigs by Cubanate, 3Teeth, Glass Apple Bonsai (with guest appearance by Hello Moth) and Wulfband. Other bands I saw were Actors, Drab Majesty, The Gothsicles, Ludovico Technique and more. 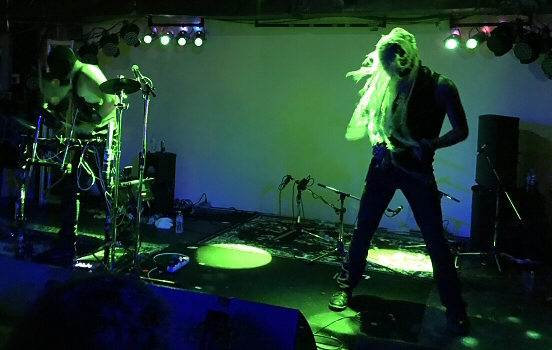 The original plans were that PIG would be last band of the third day, but those plans didn’t work out for various reasons so a temporary band was formed for the night. It consisted of Nicklaus Schandelmaier (En Esch, former singer of KMFDM), Günter Schulz (ex-guitar in KMFDM) and two local talents. It turned out to be really nice and the ending with classic song Godlike was… godlike. 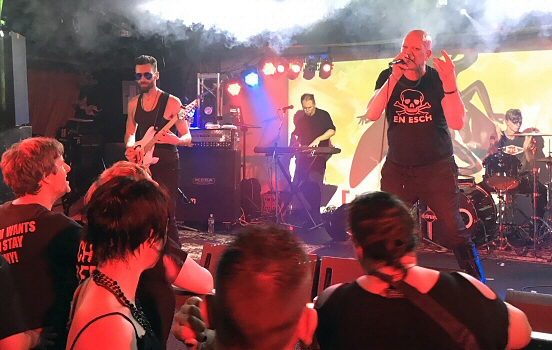 Dickens had an impressive range of craft beers. They also did a very cool collaboration with local brewery Wild Rose Brewery. With some input from the headlining bands, the brewery produced a very limited-edition set of beers of only one cask each. These unique brews were 3Teeth’s “3Teeth Triple Bite”, The Birthday Massacre’s “Crimson Birthday Wish” and PIG’s “Bloody Fog”.

Big thanks to Chris Hewitt and all other involved in making this festival a great success!