Reactor 4 is ever present and ominous like Mount Doom. On April 26 in 1986, it exploded during a systems test and released radioactive particles into the atmosphere which spread over USSR, northern Europe and Scandinavia. I vividly remember the incident even though I was quite young at the time. Now I have been standing a hundred meters away from the beast.

At Reactor 4 in Chernobyl.

I visit the site with dubious emotions. It’s probably the number one on the list of dark tourism and it feels slightly awkward to visit a place of such tragic dimensions. But it is also an educational place of modern history, just as visiting the A-bomb Dome in Hiroshima, Ground Zero in New York, Auschwitz and bomb site in Oslo.

The iconic Ferris wheel was set to open one day after the disaster struck. Now nature have reclaimed the area and the silence is deafening. 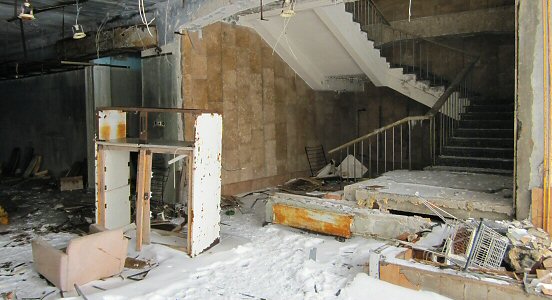 Remains of a supermarket in Pripyat.

The citizens of Pripyat were unaware at first, and the evacuation didn’t start until days later. 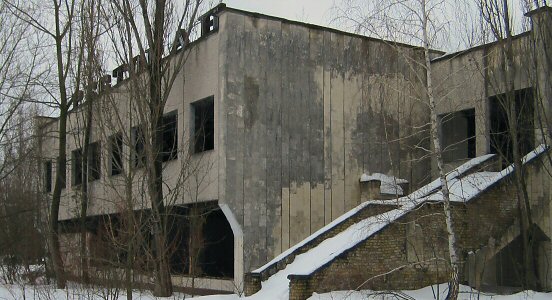 It feels like walking in a fading memory of a city.