Before arriving in Oslo, I wondered if I would notice any changes due to the terrorist attack last summer and the ongoing trial. I noticed banners saying “The city remembers” already at the central station, and the site where the bombing took place felt like a silent beacon. 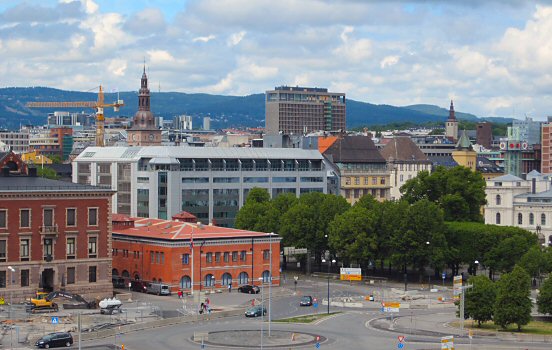 Regjeringskvartalet is clearly visible above all other buildings of central Oslo.

The car bomb exploded at Regjeringskvartalet, the government quarter of Norway. The powerful blast was heard 7 kilometres away. Almost one year after the attack, many windows still have wooden replacements. The trial has ben going on for two months and the local press features a page every day with the latest developments. 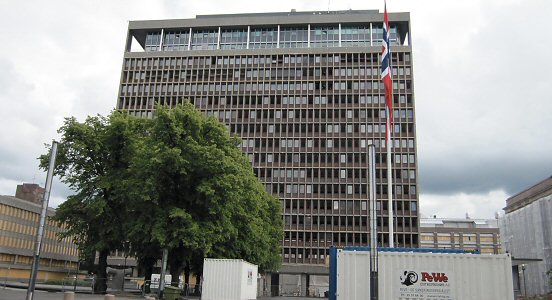 Regjeringskvartalet including the office of the prime minister, the target of the attack. 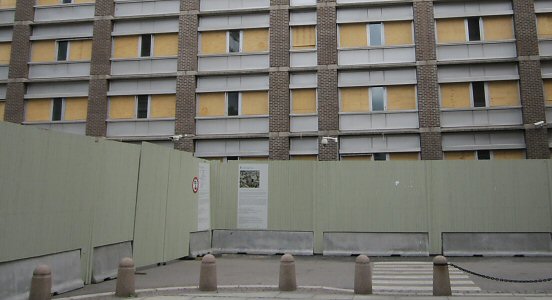 This closed area leads to the place where the car was parked. 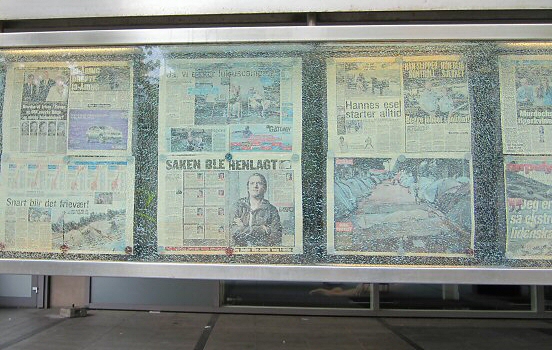 The newspaper VG has kept the broken glass frame at their entrance directly across the street from the government building.

I generally don’t encourage “catastrophe tourism”, but visiting the site gives a powerful emotional response of the terrible tragedy.