Almost one year ago, I walked across the wet cobblestones of Maidan Nezalezhnosti, the central square of Kiev, Ukraine. The Independence Square is a traditional place for political protests, including the infamous Orange Revolution in 2004.

The square has even seen the assault of the Mongol army in 1240, when the Lyadski Gates located at the site were destroyed.

Today, those same cobblestones have been ripped from the streets and thrown by both protesters and police. The square has been occupied by protesters since November and yesterday the police tried to storm the camp. The result was the death of at least 18 people. 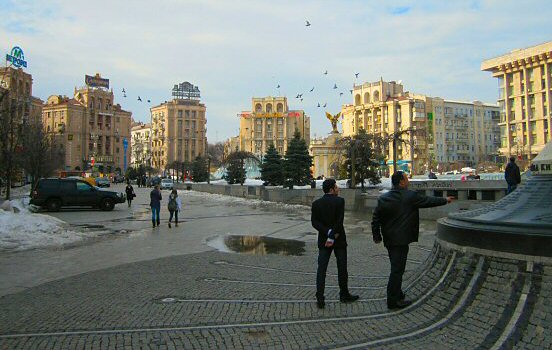 The cold but peaceful Maidan Nezalezhnosti in spring 2013.

While writing this, I watch live video from the square where the police is gathering for a second storming attempt. Even if all this won’t mean a political change, the country of Ukraine remains dangerously divided. 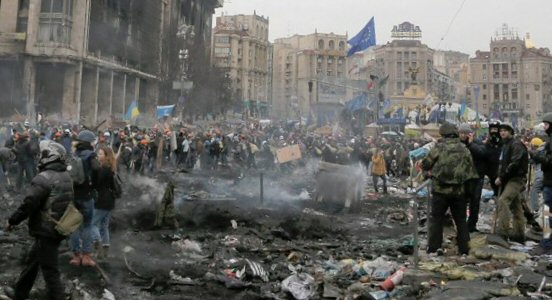 The not so peaceful square in spring 2014.
(Photo by Efrem Lukatski / AP) 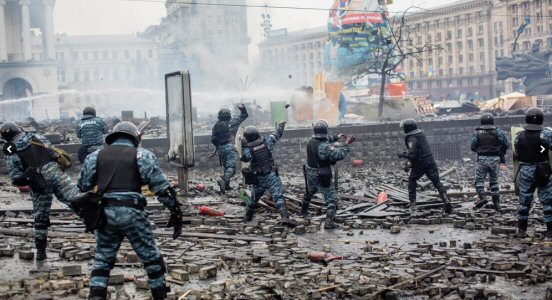 The not so peaceful square in spring 2014.
(Photo by Andrej Stenin/Ria Novosti/All Over Press)