Time for another year at Way Out West, the cozy and predictable festival in the forest.

It’s always a bit of a challenge to have an early slot at a festival, since people tend to arrive later in the afternoon. Deportees and Mark Lanegan thus had bit of an uphill mission, before the party started to kick off with Florence & The Machine.

Feed Me did a dubstep set in the Linné tent, and I bet that even the penguins on the other side of the park could feel “the drop”. Refused did a energetic concert and I kind of slept through The Black Keys. DigiDroid did a fun gig in a tent and I discovered the best food in the area: grilled halloumi with strawberries. 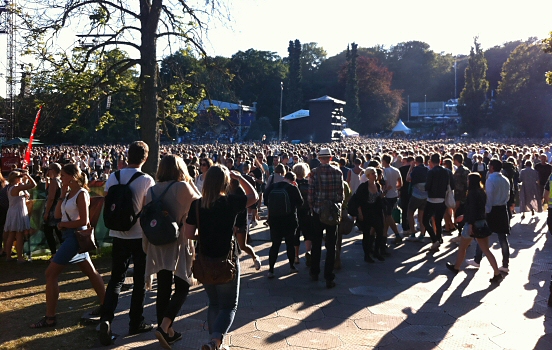 As I strolled through the area, an old man approached me. He pointed at my 242 cap (for the band Front 242), saying “Volvo is great, I also have one of those classic cars”. Cute.

Acts such as Feist, Bon Iver, Mogwai or even Blur could not take the spotlight from the main event. Even at the entrance it was clear which band was the most anticipated band, since they handed out 3D-glasses for the upcoming Kraftwerk concert which would close the festival. 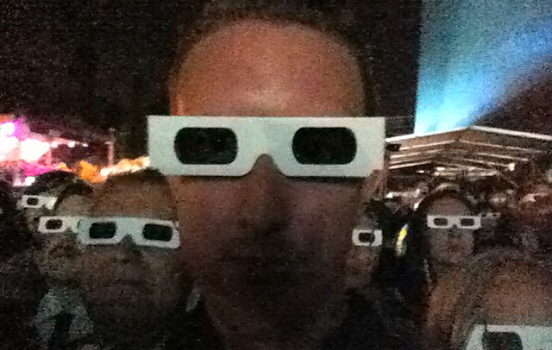 The German quartet entered the stage and did their hyped 3D-show. Last time I saw Kraftwerk was three years ago in Denmark, but that show only had a few 3D backdrops at the end. They started with We Are The Robots and people were just staring at the projections. Probably the only concert in the history of Way Out West where the crowd stand absolutely still and just listen.

Some kid managed to enter the stage during Trans Europe Express and danced a few seconds in front of Ralf Hütter before the guards hauled him away.

Radio Activity had been updated with Fukushima, after the disaster in Japan last year. They ended with Musik Non Stop, leaving one by one until the last remaining original member Ralf Hütter said “Good night. Auf wiedersehen.”