A time before internet

I was talking to some people about the possibilities of Internet and received an amazing comment: “What, so you mean there was no Internet when you were a kid?”. At first I felt very old, but then I smiled at the remark.

I grew up with color TV, VHS players and vinyl records, but the internet was a thing undreamed of (except for the dormant form of ARPANet). I remember playing the game Elite around 1990 and thinking to myself, what if you could link several computers together in multiplayer mode against other players? But I envisioned using physical cables between a few home computers, not a global network of linked servers. 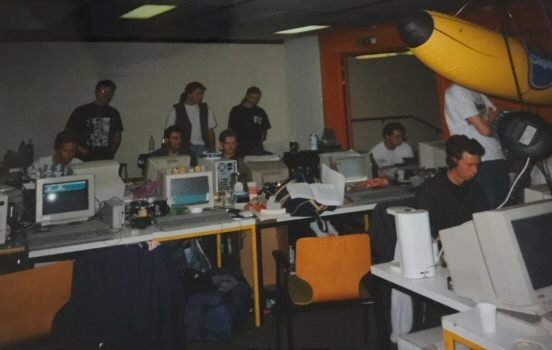 In 1991 I read about the upcoming game Tantalus, which according to the preview would allow up to 16 players to link with serial cables regardless of computer type. It almost sounded like science fiction at the time, but I don’t think it ever hit the shelves.

20 years later, this and more was suddenly a reality in the MMORPG called Eve (like Elite on steroids), but by that time I wasn’t interested in that sort of game anymore. Oh, the irony…

What will we think in twenty years time when we look back at 2011? “Oh really, did you use iPhones and laptops back then? That’s really stone age stuff, dude!”