Moleskine notebooks were the eternal travel companions of Bruce Chatwin, one of my favorite travel writers. Each time he went to Paris, he would buy a fresh supply from a “papeterie” in the Rue de l’Ancienne Comédie, located on the Left Bank. They are often mentioned in his books:

“Do you mind if I use my notebook?” I asked.
“Go ahead.”
I pulled from my pocket a black, oilcloth-covered notebook, its pages held in place with an elastic band.
“Nice notebook”, he said.
“I used to get them in Paris”, I said. “But now they don’t make them any more.”
“Paris?” he repeated, raising an eyebrow as if he’d never heard anything so pretentious. Then he winked and went on talking.
— Bruce to Arkady, dialogue from The Songlines (1987, travel diary from the Australian outback)

The last manufacturer of Moleskine closed up in 1986. Chatwin had ordered a hundred of them before leaving for Australia, but it was not enough to keep it going. However, a Milanese publisher brought the Moleskine back in 1998. 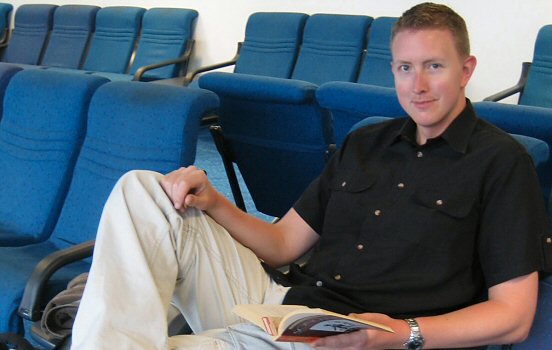 Chatwin’s 85 Moleskine notebooks are now located in the Bodleian Library at Oxford. Apart from Chatwin, Moleskine have been used by people such as Ernest Hemingway, Vincent Van Gogh and Neil Gaiman.

In this day and age, paper notebooks are becoming increasingly rare to find on people. Not surprisingly, there is a blog called Moleskinerie, a hub for Moleskine users. It was recently acquired by Kikkerland, the U.S. distributors for Moleskine notebooks.

“To lose a passport was the least of one’s worries: to lose a notebook was a catastrophe. In twenty odd years of travel, I lost only two. One vanished on an Afghan bus. The other was filched by the Brazilian secret police.” — Bruce Chatwin, The Songlines (1987)

Before you embark on your next adventure, remember to stock up on a pile of Moleskine notebooks.