What we code in life echoes not in eternity

When I go to old cities such as Rome, I see ancient buildings everywhere. Some were built over two thousand years ago and still stand before my eyes. But when future historians and archaeologists will rediscover the year of 2007, it is unclear if they will find anything. Perhaps a bunch of shopping malls and concrete freeways scattered across the landscape. But there will likely be less traces of our digital achievements.

Today, a lot of people build web sites and software applications for a living. Me, for example. Even though we produce endless amounts of code, it still bares down to a sequence of ones and zeros, stored at a less than eternal electrical device. 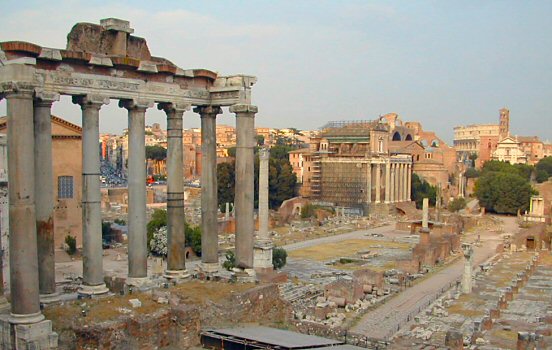 The Romans used large blocks of stone from their quarries. We press keys on a keyboard and store sequences of binary data on ferromagnetic surfaces.

The sculptures of Michelangelo can be admired today, 500 years after they were created. The code I wrote yesterday will most likely be erased from history within five years. It is the nature of software to be refactored, upgraded and replaced.

What is your legacy?