After a train ride to Esztergom we had finally reached the river Danube, separating Hungary from Slovakia. Over thousand years ago, this was the capital of Hungary.

We made our way through the town to a nearby hilltop, where both a castle and a large basilica overlooks the river. The basilica is impossible to miss, being the largest church in Hungary. 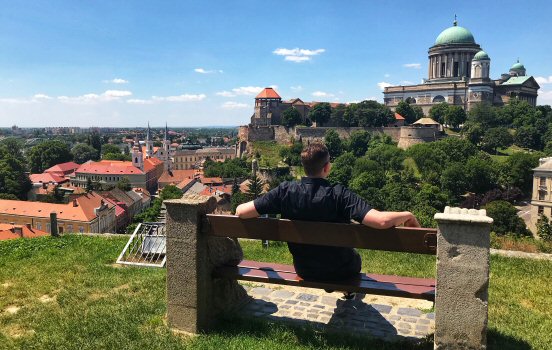 Talking a short rest before ascending the hill to Esztergom basilica.

Below the basilica is a crypt with several tombs, providing a welcome respite from the heat. I later escaped the damp underground chamber and emerged into the sunlight once more. Behind the basilica is a large stone wall.

Next to the white statue of Szent István, I look down upon the glimmering Danube. Or rather, the Mária Valéria bridge connecting the two countries. Since its opening in 1895, the bridge has been destroyed twice. The latest incarnation was opened twenty years ago.

The allure of exploration is irresistible and an hour later we were walking across the bridge into Slovakia. 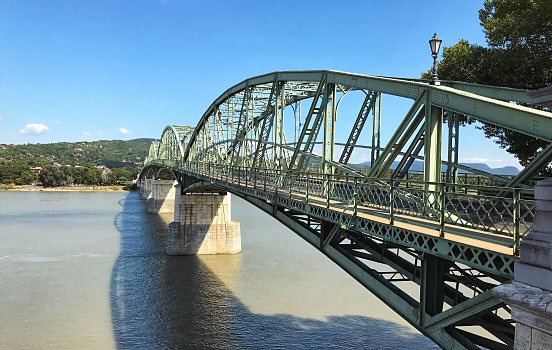 The Slovakian border town of Štúrovo may not be the most exciting sight, but it was fun to walk around. Passed a few closed shops and the statue of Ján III. Sobieski. Finally we found an open place and sat down for an ice-cold pint of Zlatý Bažant.