Toronto may not be the first choice for aspiring travelers. It’s not hard to believe that the foodies goes to Montréal, the adventurers to Banff and the hipsters all the way west to Vancouver.

Anthony Bourdain once described Toronto as “Soviet chic”, and while standing in the midtown madness of bland buildings, it may certainly feel that way.

But do not despair, there are lots of things to discover around the corner.

Start the morning by taking a boat ride to the Toronto islands. Enjoy the greenery around the 14 islands and look for herons. While looking back towards the city, surrounded by blue, the imposing buildings look more beautiful than dreadful. 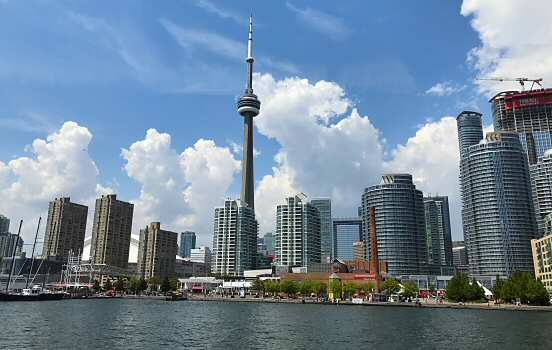 If you’re feeling artsy or having a bit of rain, check out the Art Gallery of Ontario (317 Dundas St W) where sculptures by Rodin and paintings by Van Gogh are housed inside a building with interesting architecture.

I also recommend Royal Ontario Museum, which has a nice collection of gems along with dinosaur skeletons. 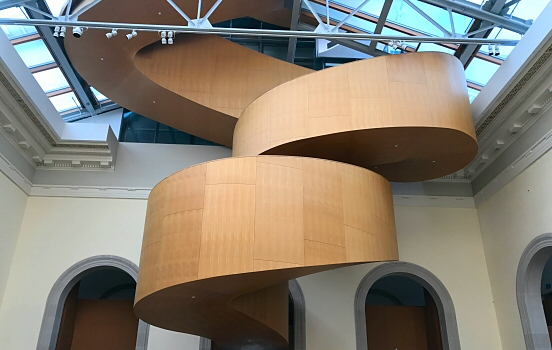 Take a walk to beautiful Casa Loma (1 Austin Terrace), known as the interior of Xavier’s school from the X-men movies. But beware, ascending the steep Baldwin Steps in summer heat adds to the illusion of being a superhero.

If you need a relief after the stairs, visit the Live Organic bar just down the street for excellent smoothies and vegetarian dishes. 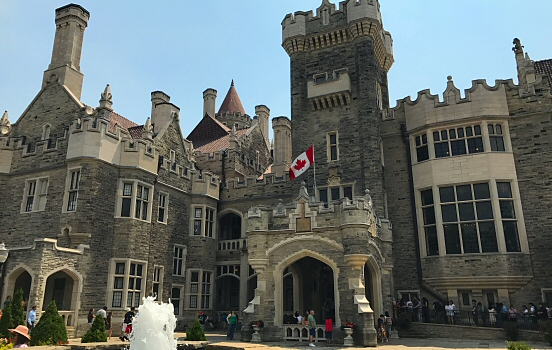 The CN Tower has a nice view, but that’s about it. If you want to go to the top (553 meters), it’s really worth the few extra dollars to access the express queue. If you don’t have vertigo, try a few pushups on the glass floor while up there.

Have a quick peek inside the RioCan Hall at John St (easily found by the Rubik’s Cube on the facade), you will find Enterprise and a Bird of Prey hanging from the ceiling.

Walk down the once-alternative Queen St and grab a bite at Queen Mothers cafe (208 Queen St W). They have a nice garden patio on the backside. 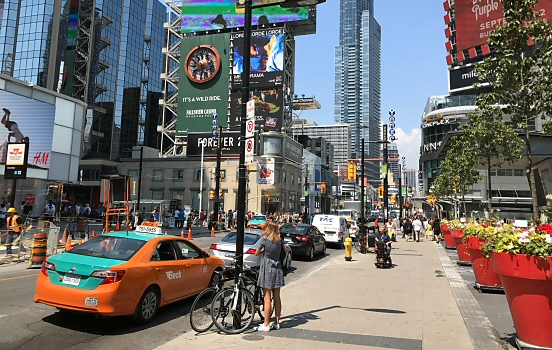 Why not pick up dessert on the way? Uncle Tetsu’s (598 Bay St) have a famous Japanese cheesecake, if you can beat the queue. 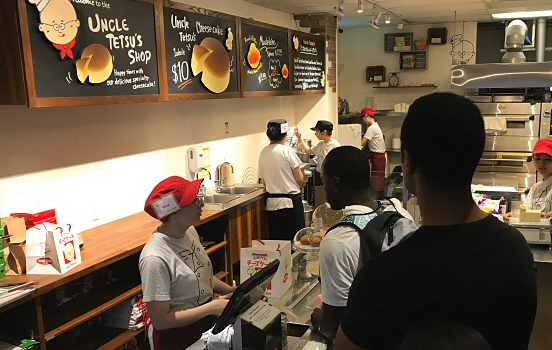 If you want to end the evening on a weird note, head to Pravda (44 Wellington St). It’s a Russian bar with busts of Lenin that goes with a lot of different vodka drinks, such as the “Breznev latte”. A dancer is performing stunts in a ring at the ceiling, the Russian national anthem is played at midnight and then Ivan Drago goes into party mode. Soviet chic indeed. 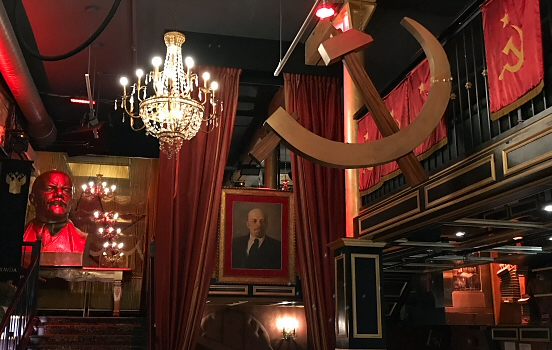