The skyline of Singapore.

One of the latest additions is the Marina Bay Sands hotel, where I’m currently staying. Completed in 2010, it is the world’s most expensive casino featuring 2500 rooms, a mall, a museum, seven celebrity chef restaurants, ice skating rink and of course the famous 150 meter infinity pool at the top, 191 meters above the ground.

Another interesting area is the Garden by the Bay. While the population of Singapore has doubled during the last 25 years, the green ground cover has increased from a third to nearly half of the city state.

This area is no exception to the green influence and features a flower dome, cloud forest and really cool “supertrees” which looks like something from a sci-fi movie. 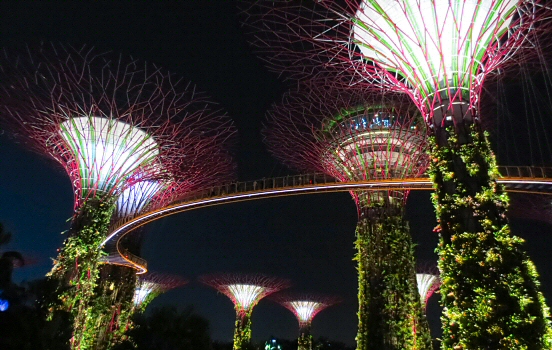 Supertree Grove in Gardens by the Bay.

But some things never change. Singapore Sling was invented in the Long Bar at Raffles hotel in 1915. For exactly one hundred years people have come here to sip on the (too) sweet drink costing $36 SGD, while throwing peanut shells on the floor under the traditional roof fans. Quite possible the one place in Singapore where littering is actually encouraged. 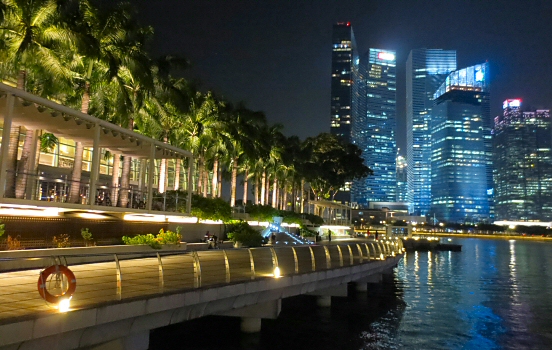 And now I’m going to do just that, for old times sake. Last time I had a Singapore Sling in Singapore was ten years ago, so it’s about time to refresh the memory.