Arriving is a breeze, since they got their own MRT subway stop under the hotel. They boast a grand total of 2561 rooms with the least expensive ones starting at $278 per night. Our exclusive club room on 39th floor was almost twice that amount, including a marble bathroom and an amazing view of the bay area. It also featured an espresso machine, perfect for kickstarting the day before even leaving the room. 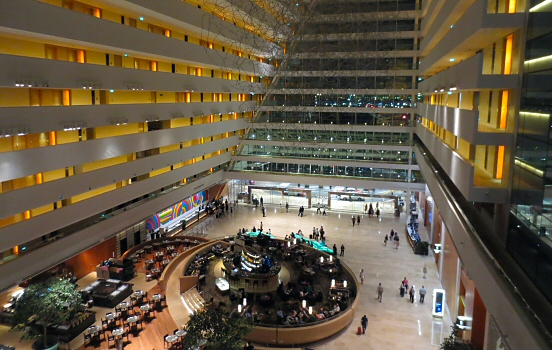 One of several receptions for the hotel. 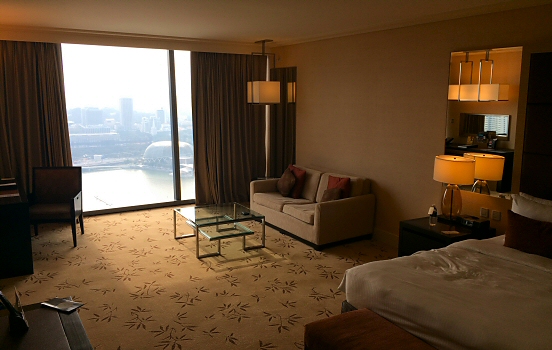 Room with a view. 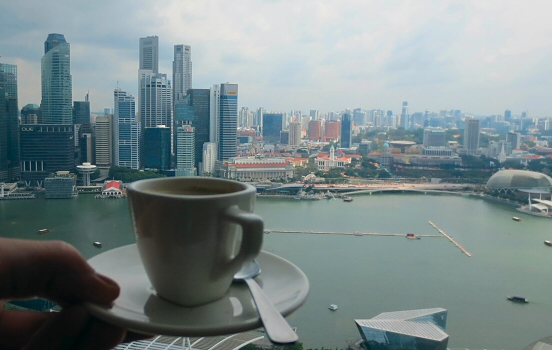 The 146 meters long infinity pool at 57th floor is arguably their top attraction. However, being only available to hotel guests, it’s definitely the most expensive pool plunge I’ve ever done. But the view of the city is magnificent and a definitive highlight. While hanging my arms over the edge looking down, it really felt like the roof of the world. 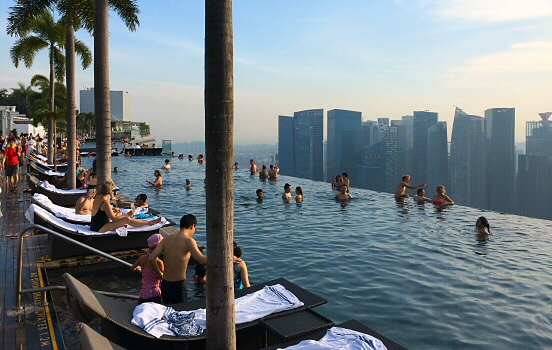 The sunset of Singapore skyline, as seen from the pool area.

The Shoppes is a large shopping mall complex including 270 exclusive boutiques and 60 dining options, of which eight are expensive Celebrity Chef restaurants. My personal favorite turned out to be the db Bistro Moderne by French chef Daniel Boulud. I also liked the Pizzeria & Osteria Mozza by chef Mario Batali, where I had extraordinary parma pizza (but it also came with a matching prize). 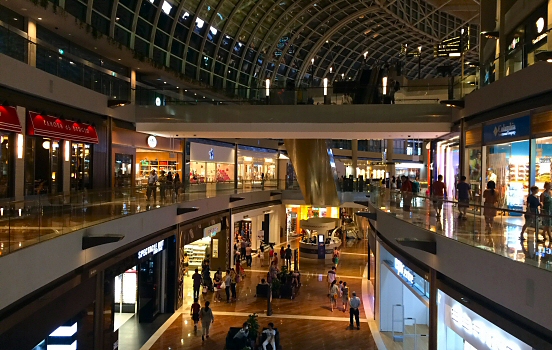 Miles of shopping at The Shoppes. 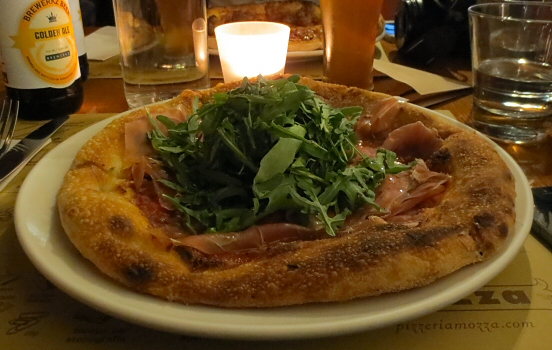 Louis Vuitton has a flagship store which differs from the rest, since it’s an pavilion floating in the bay, accessible by bridge and underwater escalator.

The shopping area is quite large and there is actually an option to go for the Sampan Ride, where a boatman gently paddle you along the canal in a Chinese wooden boat. It reminded me of the gondolas of the Venetian hotel in Las Vegas. 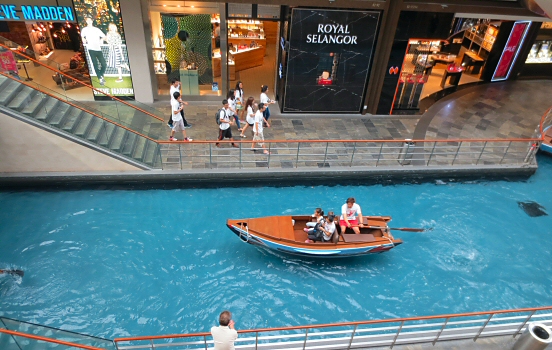 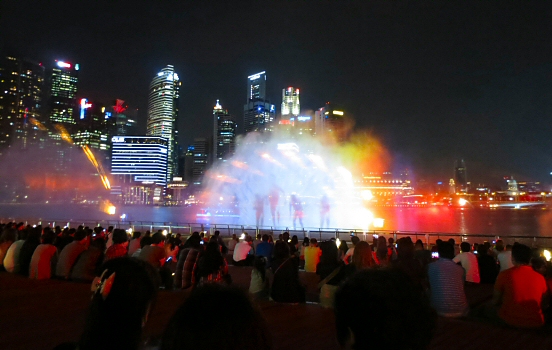 Marina Bay Sands features several bars. My favorite turned out to be Ce La Vi, the skybar at 57th floor. The erroneous name is hard to ignore and my Coedo Beniaka-beer cost 18 dollars, but it has a cool vibe and arguably the best bar view in Singapore. 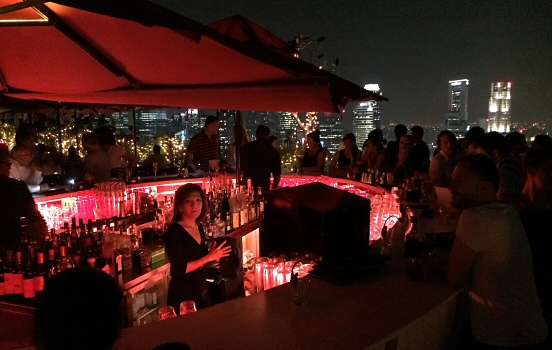 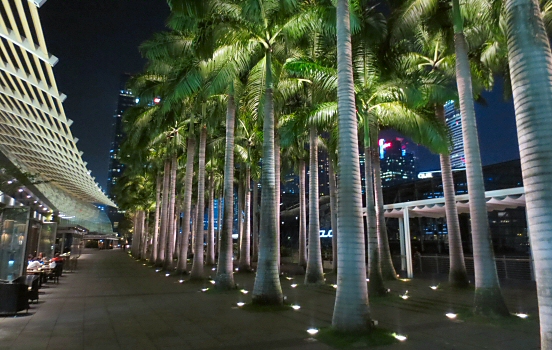 The outside of the hotel is also quite decent.

The hotel is located close to the Gardens by the Bay, a stunning green area with great views of the unique architecture. 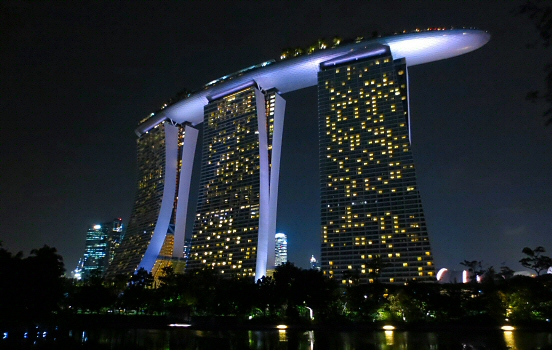 Marina Bay Sands viewed from the Gardens by the Bay.

Due to the sheer size and popularity, Marina Bay Sands can be a bit overwhelming in terms of crowd. I also felt it to be a little less exclusive than other five-star luxury hotels I stayed at during the same time period, such as The Fairmont in Singapore and Shangri-La Hotel in Kuala Lumpur. But still I warmly recommend Marina Bay Sands, it’s an intense experience unlike most others. I could get used to this.