Note: This page may contain visual spoilers for season 2 and 3.

The city features prominently in a lot of scenes, with a touch of added CGI. For instance, the landmark Fort Lovrijenac is often used as the Red Keep. Below the fort is the pier of season 3 opening episode where Sansa and Baelish have a talk. 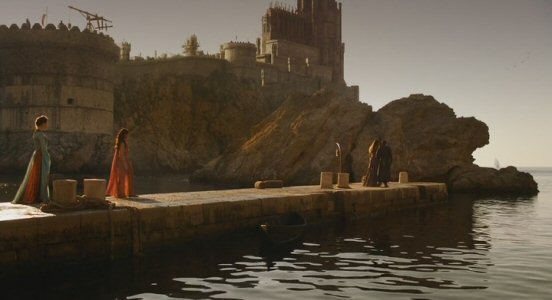 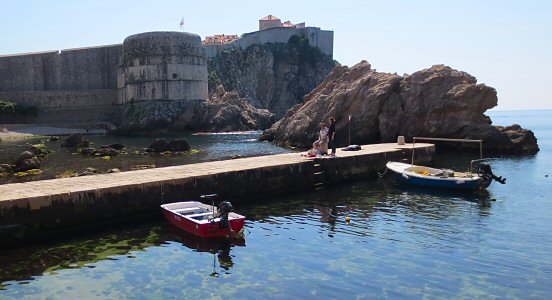 The pier in 2014. Notice the absence of CGI in the background.

Dubrovnik was also used for other locations, such as Daenerys visit to the House of Undying in the town of Qarth, season 2. It was filmed at the base of Minceta Tower, highest point of the city walls. 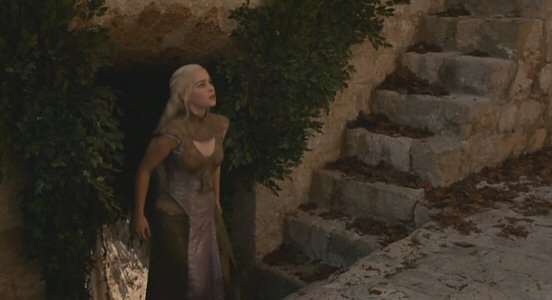 Daenerys arriving at House of Undying. 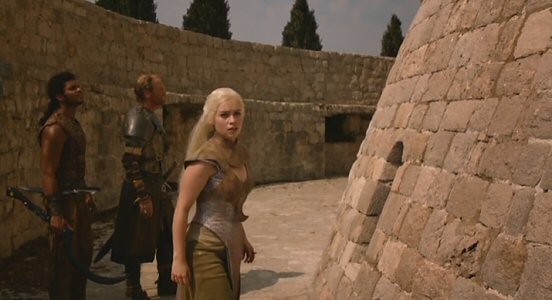 Daenerys and the dudes looking at a wall. How fascinating. 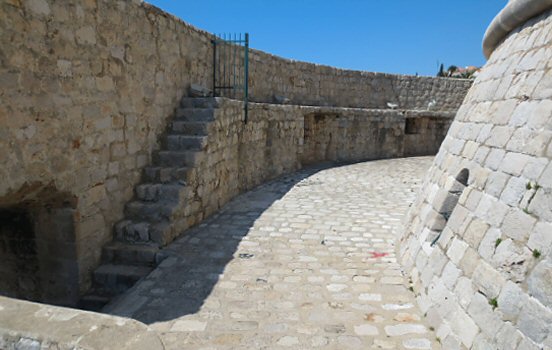 The base of Minceta Tower doubled for the exterior of House of Undying. 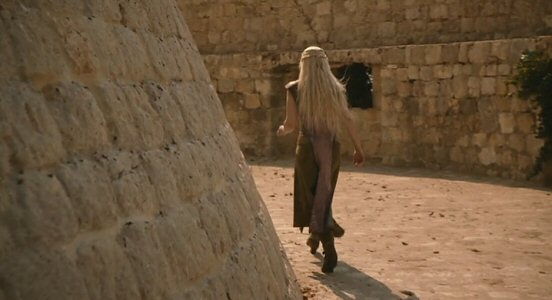 Daenerys running in circles around House of Undying… 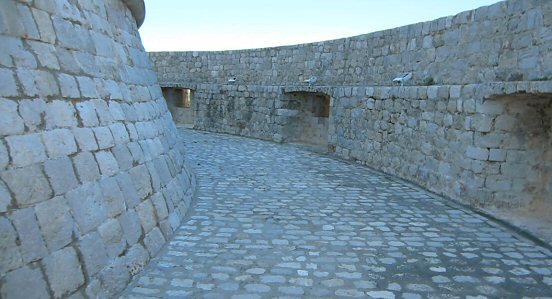 …so I did the same around the base of Minceta Tower. 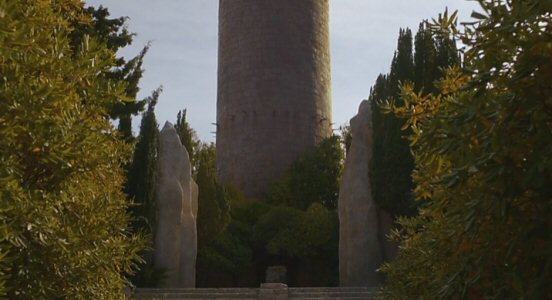 The impressive entrance to the House of Undying… 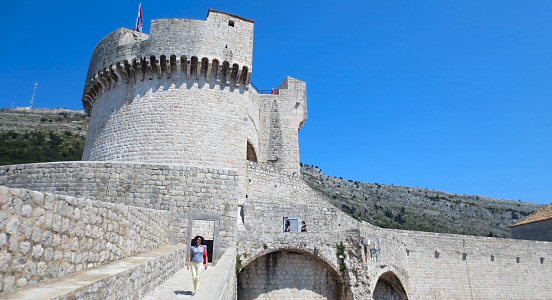 …but this is actually the entrance of Minceta Tower.

Fort Lovrijenac is featured in a variety of disguises, sometimes as the Red Keep and sometimes not. More scenes from season 2: 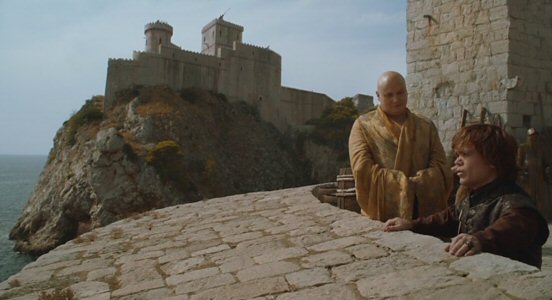 Tyrion and Varys planning the defense from Bokar Fort. 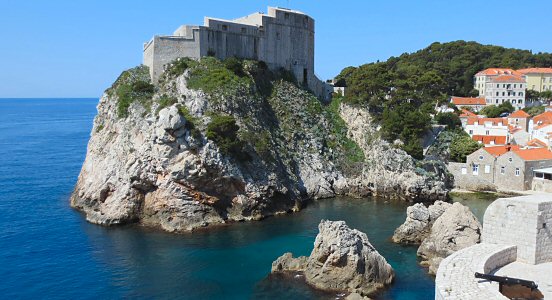 The Bokar Fort (lower right) with Fort Lovrijenac in the background. 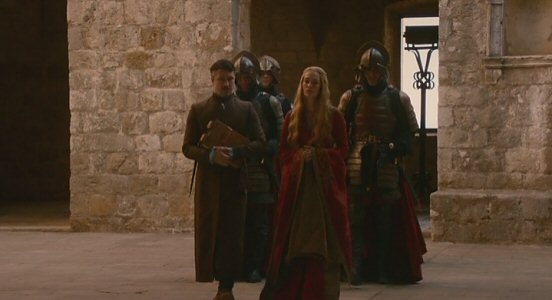 Cersei taking a walk with Baelish… 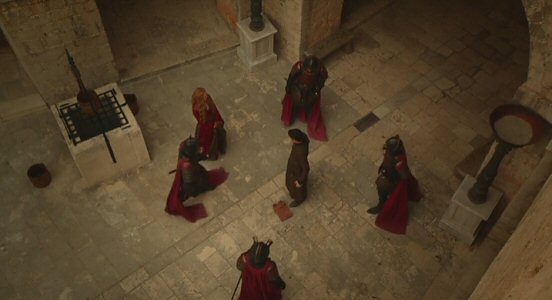 …before teaching him that “power is power”… 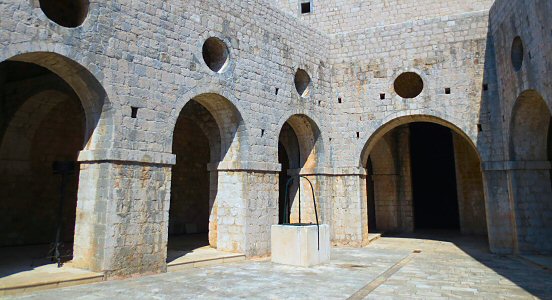 …which takes place in the open courtyard of Fort Lovrijenac. Notice the well and the candle stand. 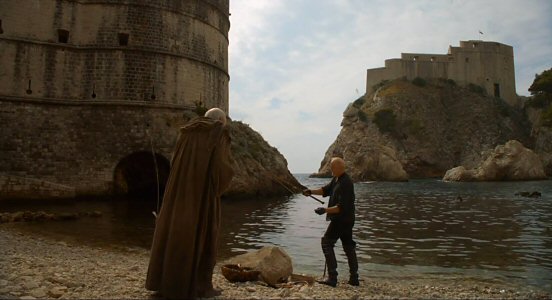 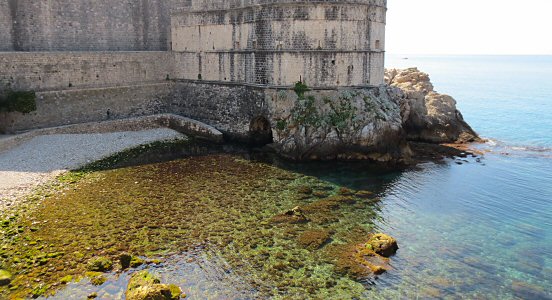 …which is near the pier previously mentioned.

Other Dubrovnik locations are Sponza Palace and Rector’s Palace, which both were featured in the scenes with the Spice King of Qarth. The actual palace of Qarth was the Benedictine Monastery on nearby island Lokrum. The terracotta rooftops of the city are another common backdrop in many scenes.

Well, season four has just started so I better get out of the city before someone chops my head off.