Last time I dragged my travel friend across town for sampling local sweets was a few years ago in Marseille, when we went looking for a local biscuit called navettes. They unfortunately turned out to be quite different from what I expected.

But I’m a sucker for sweets so I just had to try the Pastel de nata, a sort of egg tards. The originals come from Antiga Confei­taria de Belém, a chaotic place with long lines of waiting people outside. 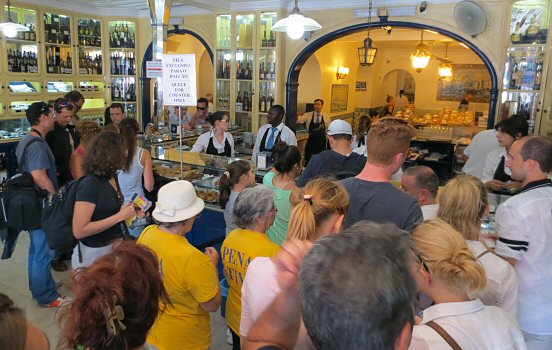 Fortunately the sweets were very tasty and much better than the navettes. Lisbon-Marseille 1-0. Reine having a Pastel de nata. 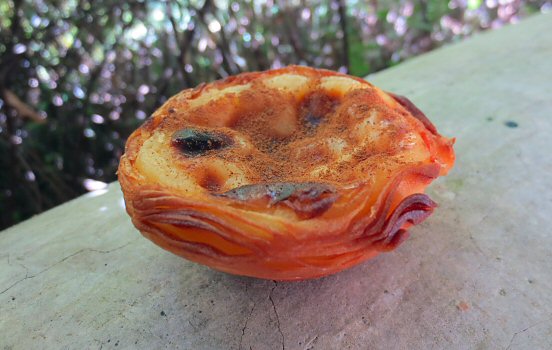 Unfortunately the local population is having less sweet days. After three years of financial crisis, the unemployment rate is 18 percent and the national debt a fourth larger than the entire Portuguese economy.

The sad songs of the Fado follow us anywhere we go, through narrow alleys and old streets. Salazar is long gone but the Portuguese people are having a hard time coping with the demands of the European Union, as several government ministers have recently resigned and the political situation in the country is deteriorating even more.