The Portuguese town of Sintra is famous for many beautiful castles. Palácio Nacional da Pena is arguably the most stunning of the lot. It stands proudly on a hilltop in the mountains above Sintra.

Construction started with a chapel built in the Middle Ages, which was later turned into a summer residence for the royal family in 1847. Heavily inspired by German castles, it also features Islamic elements. 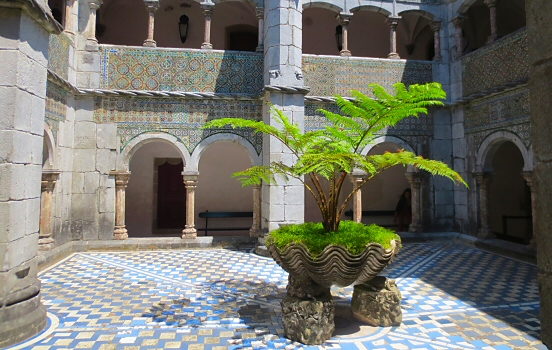 After visiting this castle, Palacio Nacional de Sintra seems almost normal in comparison. It is situated in the middle of the town and used to be the royal palace for 400 years. The long construction time combined with a mix of rulers resulted in a blend of influences, including Gothic and Moorish styles. 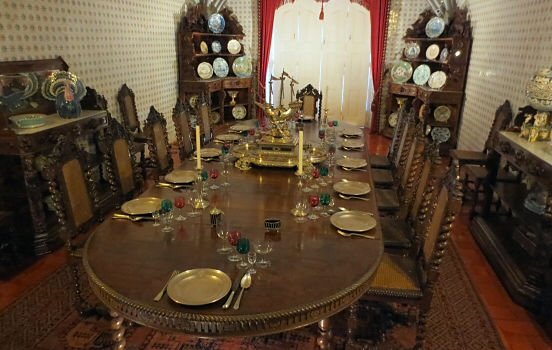 Palacio Nacional da Pena, just as impressive on the inside.

The silhouette is dominated by something that looks like towers, but is actually the chimneys from the large 13th century kitchen. 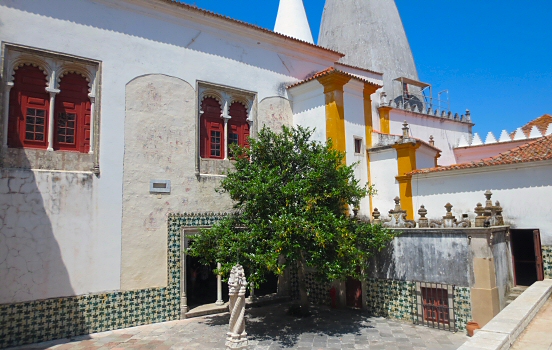 Castelo dos Mouros is a different kind of castle. It was build as protection in the 8th century during the Muslim period, and was later taken by Christians after the conquest of Lisbon in 1147. Today only a ruin remains on a hilltop. 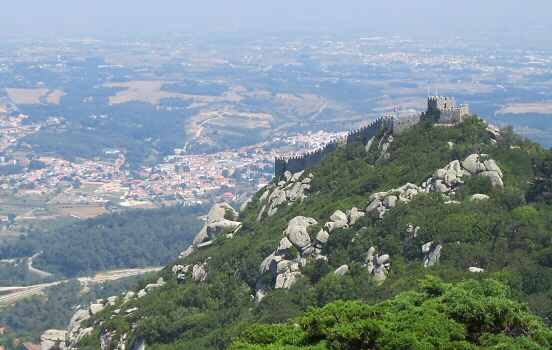 Castle of the Moors.

After all this walking in the heat, may I suggest you try the local travesseiros, a sort of almond cakes. The best are found at Piriquita on Rua das Padarias.