We’ve just arrived in Chisinau after a fuming bus journey from Odessa in Ukraine. We took extra care to avoid the territory of Transnistria, which covers most of the Ukrainian border. It seems to be locked in some sort of post-Soviet conflict with Moldova and we were advised not to receive any passport stamps there.

Most people probably can’t place the capital Chisinau or even Moldova on a map, but people have been living in the region for a very long time and the territory has seen a fair share of invaders. After the ever-present Romans came the Byzantine empire, and later on the Russians arrived. 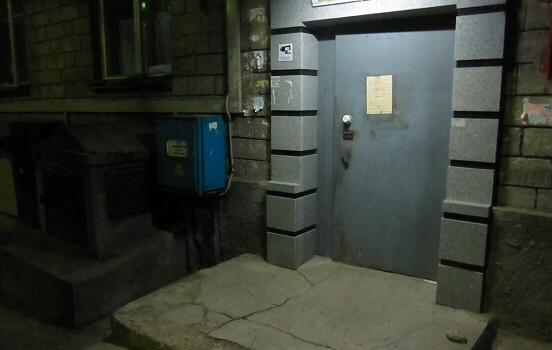 Our cozy apartment in Chisinau.

But Chisinau is an unexpected gem in the wilderness. Even though Moldova is one of the poorest countries in Europe, the capital has its fair share of impressive buildings and post-Soviet architecture. The soundtrack of the day is of course “Moldavia” by Front 242 as we set out to explore the city.