I am haunted by the airlines of service past, to paraphrase Dickens. There is a certain Scandinavian airline which has a questionable reputation. Henceforth it will be known as “The airline that must not be mentioned”, or “you-know-who” for short (pun intended).

Some years ago, that airline screwed up. Again. My flight was overbooked, despite the fact that I had held a pre-payed ticket for several months in advance. A long story short, I received vouchers to compensate. Well, the word “receive” was actually the process of flying to another airport in another country, locate the customer desk, explain the situation, getting a “no soup for you”, explaining the situation again and after one hour of arguing, finally get the vouchers. But you get the idea.

One year later, I felt it was time to try again since they expire soon. I revisited the new instructions to make sure that everything would go well this time. I had a look at MrJet to compare flights and noticed several available from the “you-know-who” airline.

However, one of the distinct voucher instructions was to book with their web site. The problem is that their web site doesn’t want people to buy tickets, which has been a well-known fact for several years. I tried to find the MrJet flights on the site, but it just stated “no flights available for that day”. How peculiar.

Then I noticed a small link located next to other dates, “look for other dates”. Believe it or not, but that link lead to other flights for the same date. All in all, that site is a role model for “how not to build web sites”. 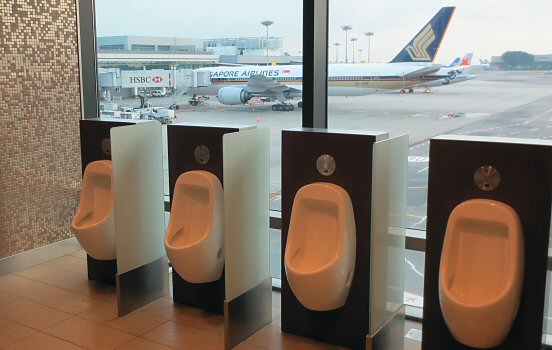 Anyhow, enough of site rants. After finding the flight I followed the new instructions and contacted the customer support to use the vouchers. It was of course not possible. The reason: Administrative details. So they gave me a new set of instructions. The funny thing was that the new instructions I received over the phone this second time were exactly the ones that had failed the first time I tried a year ago. When I mentioned this, they didn’t believe me.

I grew tired of all this and wanted a refund, which was possible according to the customer support. So I sent the vouchers to the designated address and didn’t think more about it until a few days later when an airline employee called me. I was told that my vouchers were not refundable.