It’s summertime and many people are enjoying the great outdoors. Here are some of my favorite inspirational movies to get the adrenaline flowing.

I often get travel inspiration from exotic scene locations featured in movies. Scarlett Johansson taking the Shinkansen to Kyoto, Matt Damon driving a vespa through a vibrant Tangier, Jake Gyllenhaal sipping booze on a balcony overlooking Djemaa el Fna in Marrakech (where my friend had to put up with me some years ago as I stubbornly wanted to find that specific balcony) and so on. But unfortunately most of it is fake.

The evolution of special effects

When I was a kid, I saw Star Wars episode 4 and was really impressed with the special effects. I wondered how they made those cool lightsabers and spaceships. Some years later in 1987 I saw the movie Aliens by Ridley Scott and the aliens seemed disturbingly real. That was probably the last time it happened, so I guess that movie set a standard within me.

Yesterday I went to see the U2 3D movie at cinema Roy, which has been reopened and refurnished with 3D equipment. While I’m not the biggest U2 fan in the world it was still quite entertaining to wear the silly 3D glasses. At one point some in the audience joined in the applause and I almost did as well.

2007 was an interesting year with several great titles, quite better than 2006. Here are my favorites, including links to my reviews in Swedish. 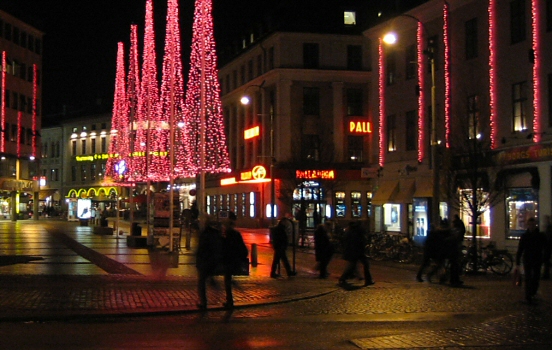 The culling of Gothenburg cinemas

The culling of cinemas in my home town continues. After the tragic demise of Victoria and Draken (even though it still lives as a host for the annual cinema festival) the time has come to two old friends: Downtown and Palladium.

Viral marketing campaigns are hot these days. I wrote some time ago about the viral marketing of Nine Inch Nails for their new album. Upcoming movies seems to really attract this kind of campaign, since movie fans love to analyze and dissect clues about the film.

It’s time for the annual Razzie awards, just like last year. It’s usually a lot more entertaining than the politically correct Academy Awards which is held the day after the Razzies. Not very surprisingly, Basic Instinct 2 tops the list so far.