The renowned Spanish artist Jaume Plensa has been active for decades, creating art in the public space which really catches the eye.

Sometimes I look it up before going, while some of them have just been stumbled upon by chance. Here are some of my favorites found around the world.

The 58-story skyscraper called The Bow in downtown Calgary is impossible to miss. At the base is a large sculpture by Plensa, a mesh head which consists of painted stainless steel. 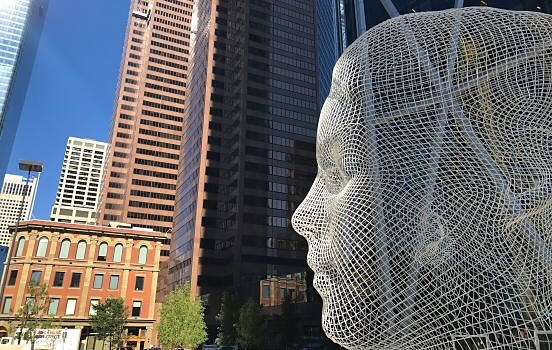 “Wonderland” by Jaume Plensa in Calgary.

A much smaller statue called Alberta’s Dream can be found on the other side of the building. 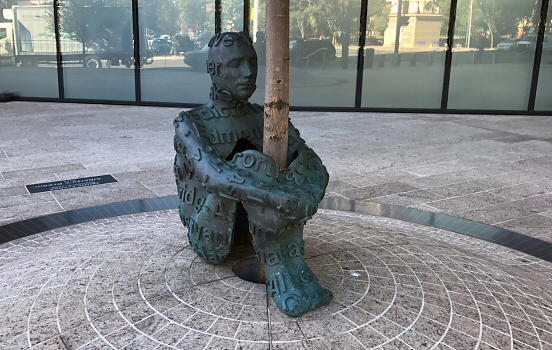 The squatting figure is easily seen from a distance, sitting on the walls of the old bastion Saint-Jaume in Antibes, looking out towards the sea. The large sculpture is made of painted stainless steel and visitors can go inside it.

This harbor was once the location where Captain Cousteau’s famous ship Calypso set out. The fortress Fort Carré can be seen a bit further north, once featured in the James Bond movie Never Say Never Again. 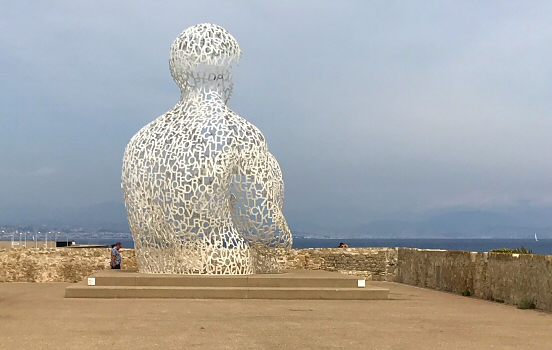 “Nomade” by Jaume Plensa in Antibes.

The capital of Andorra may be a small place, but there is still room for seven statues by Plensa. They are placed on top of high pillars on Plaça Lídia Armengol. 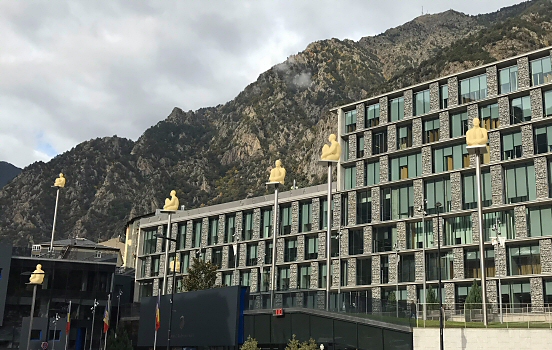 An installation similar to the one in Andorra la Vella can be found in Gothenburg, outside Clarion Hotel Post at Drottningtorget. It’s the same sculptures, but only three of them this time.

Another one I found close to home was near the old grave field in Pilane, on the island of Tjörn. It is part of a large open-air sculpture park featuring several interesting installations scattered around the area. 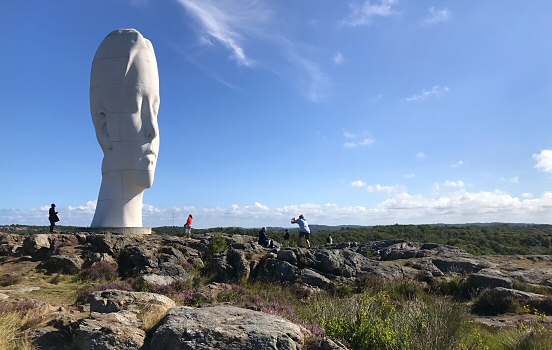 “Anna” by Jaume Plensa in Pilane.

Bonus: While driving along the road towards the sculpture park, look out for the rock carvings at Basteröd, dated to be from the Bronze age.

A similar head can be seen in many places, such as the red head in Bordeaux. It is located at Place de la Comédie, opposite the beautiful Opera building from 1780.

More art by Jaume Plensa can be found all over the world. For more information on all his works, the official site has a very good map.